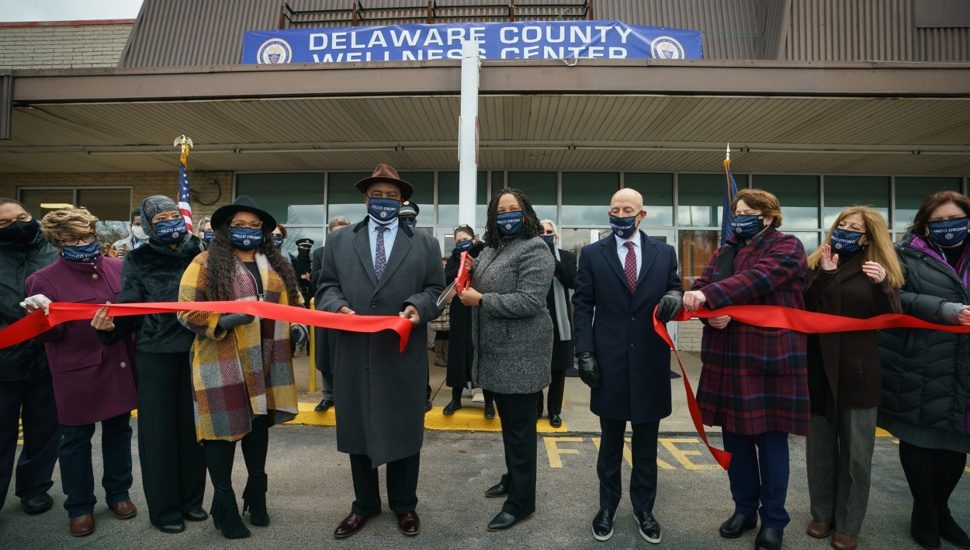 Images via Jessica Griffin, The Philadelphia Inquirer.
This Wellness Center in Yeadon opened in January, partly to administer vaccines.

Delaware County is frustrated it is receiving fewer doses of vaccine by population than counties much smaller, writes Maria Panaritis for The Philadelphia Inquirer.

Officials have requested that FEMA set up a vaccination site in the collar counties to get more doses to the 2.5 million residents in the four-county area, including Delaware County.

That’s two-thirds less than what Bradford County, population 60,323, on the New York border, received, even though Delaware and Bradford counties have the same infection rate.

Delaware County was ranked 53rd in the rate of doses received out of 66 Pennsylvania counties.

Philadelphia, by comparison, is faring twice as well.

The state’s Health Department is promising results of a county-by-county analysis in a few days.

“It’s been shocking to us. We’ve been frustrated,” said Delaware County Council Vice Chair Monica Taylor. “No one is getting vaccine, we all have a low amount of vaccine across the state, that’s what we were originally thinking. … Then, when you see data like this, you say, ‘What is happening?’”

HealthcareAmidst COVID-19 Vaccine Shortages, a Lucky Few Will Get That Unexpected CallFebruary 23, 2021