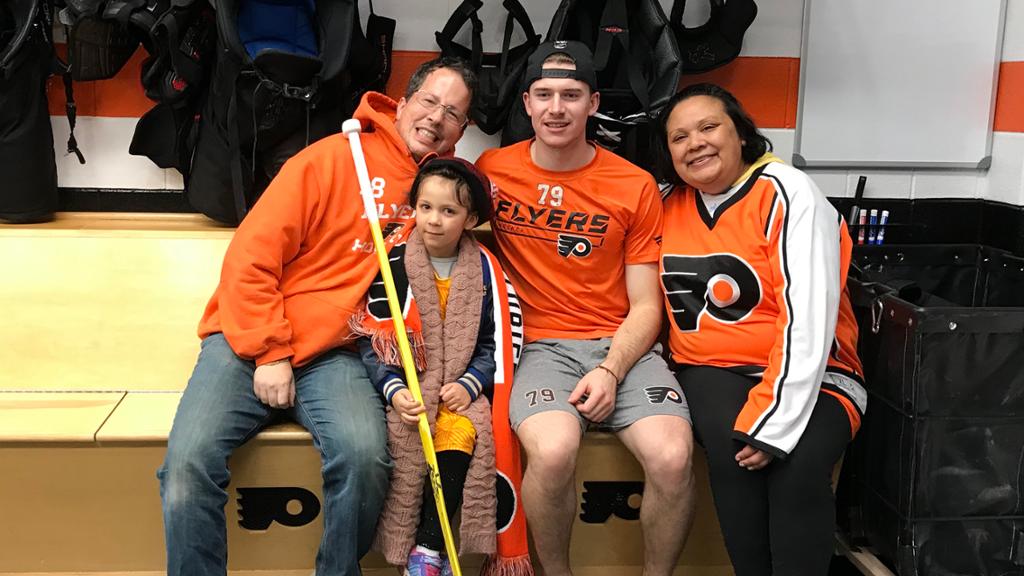 Hart picked the special stick before a preseason game against the Boston Bruins Sept. 19 and had hoped to give the stick back to Lucy.

But the young girl died Sept. 17. Hart looked for another opportunity to connect with her family.

Mandy McCabe, Molly and Lucy’s mother were watching the Flyers-Bruins game with her husband, Ryan, when they were stunned to hear their names mentioned on the broadcast.

“It was just a few days after my daughter had passed,” Mandy McCabe said . “It was a shock, a different range of emotions.”

Hart gave the stick to Molly after the recent Flyers-Washington Capitals game.

Lucy and Molly had been part of the Philadelphia Union soccer team’s Kick Childhood Cancer initiative, Fearless 43. Creating artwork for the equipment of Philadelphia professional athletes was one of the organization’s projects.

Mandy said they have a place at their home picked out to display the stick, which Hart signed.

Read more about Lucy McCabe and the special hockey stick she designed here.