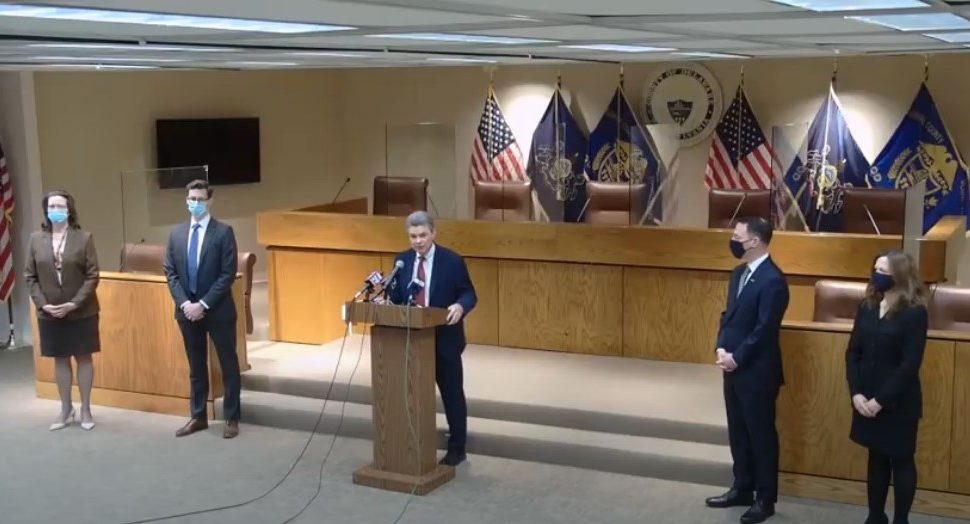 County and state prosecutors will be going after unscrupulous construction contractors who intentionally misclassify their employees as independent subcontractors to avoid paying benefits and providing worker protections in order to increase profits.

Delaware County District Attorney Jack Stollsteimer and Pennsylvania Attorney General Josh Shapiro announced at a joint press conference Monday that individuals at a York County drywall company have been charged with conspiring to reclassify seven of its employees at a large construction site in Broomall.

Two owners and two employees of the G&R Drywall and Framing, LLC, have been charged under Act 72, the Construction Workplace Misclassification Act.

“I want the message to go out from Attorney General Josh Shapiro and myself that if you are a contractor doing business in Delaware County and you choose to increase profits by stealing from your workers we will prosecute you,” Stollsteimer said.

This is the first criminal prosecution under Act 72 in Pennsylvania.

G&R Drywall & Framing sourced workers to build drywall for an LA Fitness Center at 2170 West Chester Pike in Broomall and “in order to subvert employment requirements and protections, misclassified those individuals as independent subcontractors in violation of Act 72, the Construction Misclassification Act,” stated a release from the Delaware County District Attorney’s Office.

Actual independent contractors own their own businesses and receive a contractual payment for the work, not hourly wages.

Detectives from the Delaware County Criminal Investigative Division were tipped off in September 2019 and began an investigation.

They established probable cause of an Act 72 violation but the decision to prosecute was not a priority at the time and the case was closed.

When Stollsteimer became district attorney he decided to create a pilot enforcement project that would tackle Act 72 violations. He reopened the case.

“Thanks to the expertise that was brought by the Fair Labor section of the attorney general’s office and the fabulous work of the detectives from the Delaware County District Attorney’s Criminal Investigation Division, we were able to bring these charges today,” he said.

“I commend District Attorney Jack Stollsteimer and his team for giving these cases the attention that they deserve. He and this team made this a priority and we are proud to partner with them,” Shapiro said.

Pennsylvania is only one of eight states in the nation that have devoted resources in the attorney general’s office to protecting workers, Shapiro said.

The practice of reclassifying workers means competitors illegally game the labor market by paying less for labor, making it possible to underbid other contractors.

“Often you’re stealing from workers who are underpaid, who are denied benefits, who have been put into dangerous situations without appropriate training.”

The practice also hurts the community by depriving it of local tax revenue.

“You are ripping off the taxpayers of Delaware County and the Commonwealth of Pennsylvania,” Shapiro said.

Stollsteimer said the practice became so prevalent in the construction industry that the Pennsylvania legislature created Act 72 a decade ago to stop it.

“But unfortunately, it just hasn’t been enforced,” he said. “That ends today.”

CommerceWhen There’s Something Toxic in Your Neighborhood, Who You Gonna Call? Try the DAs OfficeFebruary 1, 2020

CommerceTask Force to Look at All Aspects of Criminal Justice in Delaware County, With Changes PromisedJune 19, 2020 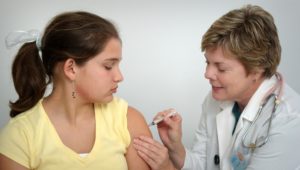 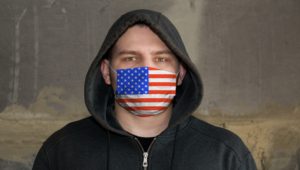 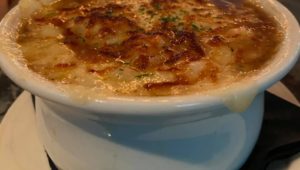 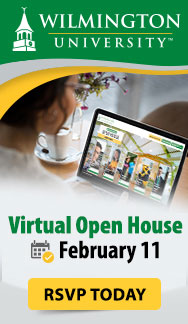