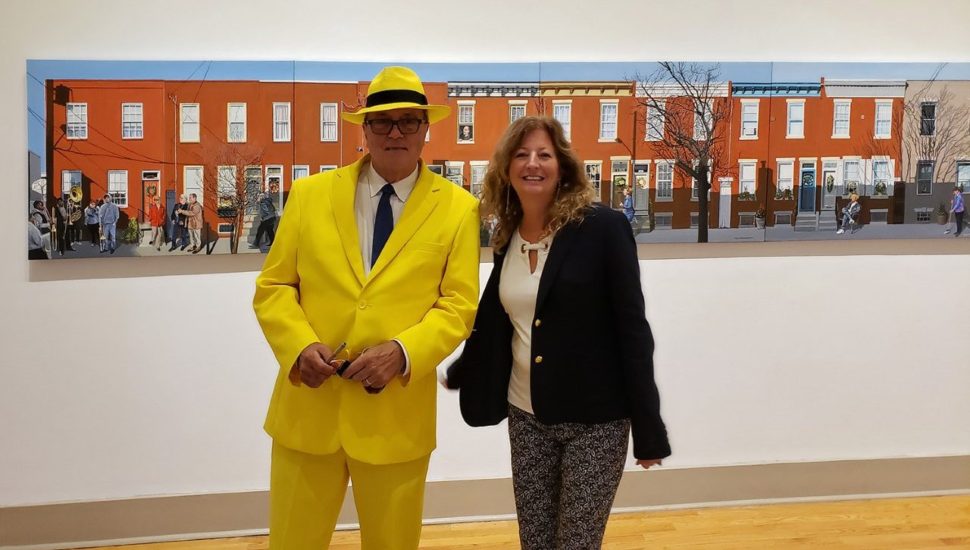 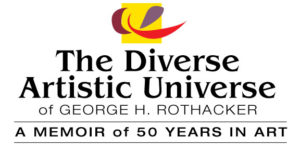 How important is DNA in the development of an individual as opposed to the teachings he or she receives throughout one’s life?

Delaware County artist George Rothacker addresses this essential question and other aspects of his personal development as he takes you on a 50-year artistic journey from childhood to a lifetime in the profession of art, design and creative thinking.

His memoir, The Diverse Artistic Universe of George H. Rothacker: A Memoir with Pictures ($19.95 on Amazon) offers the reader a glimpse into the influences of his two artistic parents, and maternal grandmother who strove to elevate her family beyond the working classes.

It also provides a portfolio of the development of the artist/writer’s own work, and the insights into the choices he made, as well as the people and circumstances who guided him throughout his career.

As a writer, photographer and film editor, he has published and produced New York in the 1930s, a book written in conjunction with the gallery show of the same name.

In the course of his career George has received numerous awards and honors for his work locally and nationally with his paintings, designs and illustrations appearing in:

In 2019, George published his first novel, Singularity 1.0, the first of a planned trilogy of books about the future of humans, AI and technology spanning the years from 2029 to 2056.

Singularity 2.0, the second in the series, has just been released and available from Amazon in paperback for $24.95 each or a Kindle version at $8.95. Singularity 3.0 will be published by the holidays.