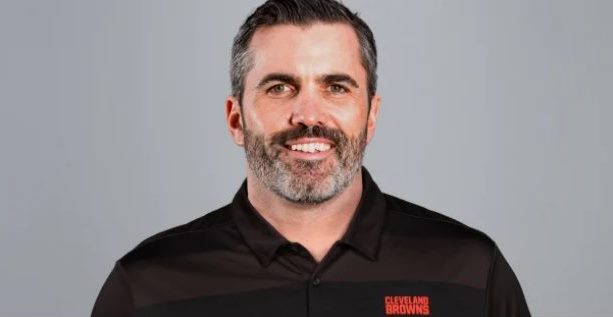 It wasn’t easy for Kevin Stefanski, formerly of Drexel Hill, to tell his three children they were moving to Cleveland, writes Joseph Santoliquito for PhillyVoice.

But as the new head coach for the Cleveland Browns, there wasn’t much he could do.

Stefanski ,38, a three-year starter at St. Joe’s Prep, and an all-Ivy League safety at Penn, got the job as the New York Giants hired Joe Judge out of Lansdale Catholic and the Buffalo Bills hired Sean McDermott out of La Salle.

It is the first time in NFL history that three head coaches come from the Philadelphia Catholic League.

The last Philadelphia Catholic League head coach was John Rauch with the Bills from Yeadon in 1970.

The Cleveland Browns haven’t been to the Super Bowl. Closest they came was in 2002 when they made the playoffs.

They have since gone through nine head coaches.

Stefanski is heading up a team that finished 6-10 last year.

“Listen, the bottom line is, we have a lot of work to do,” Stefanski admits. “I’m confident, because I have good people around me. That’s what makes me feel this way. It’s where my confidence comes from.”