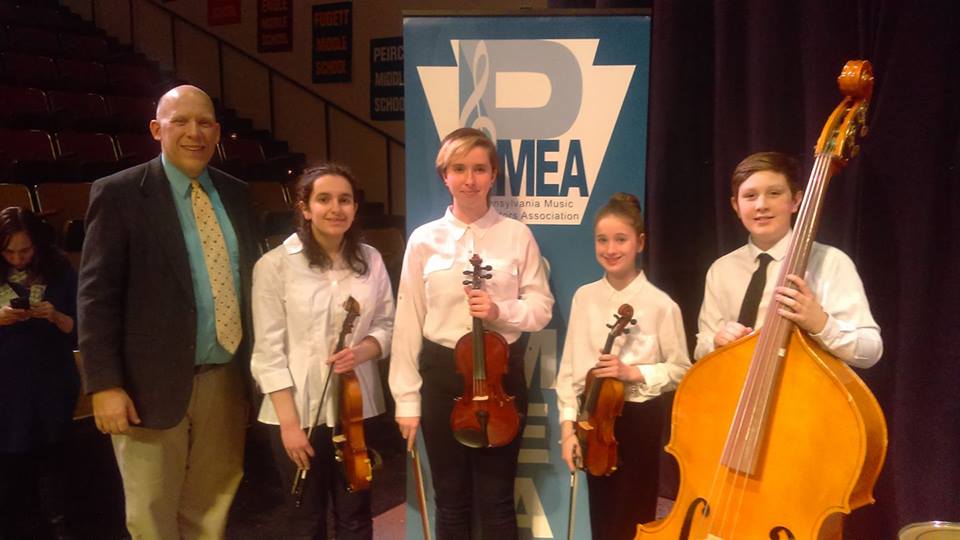 The Recording Academy announced last week that Drexel Hill Middle School’s Jason Majerczak is one of 189 quarterfinalists – and the only educator from Delaware County – for the 2020 Music Educator Award, writes Kevin Tustin for the Delaware County News Network.

The award is presented annually by the academy and the Grammy Museum to current educators throughout the country for their contributions to music education.

Majerczak, a 22-year educator in Upper Darby School District, said he was humbled by the early distinction from the music institution.

“And I look at it as a reflection of my students and my groups. I can only do the teaching part if there are kids to do the learning and practicing part.”

Majerczak  taught at Upper Darby High School for 16 years and Drexel Hill for the last six.

At the high school he was marching band director/designer, indoor drumline leader and director of concert band and wind ensemble.

The Music Educator Award winner will be announced before the 62nd Annual Grammy Awards on Jan. 26, 2020.