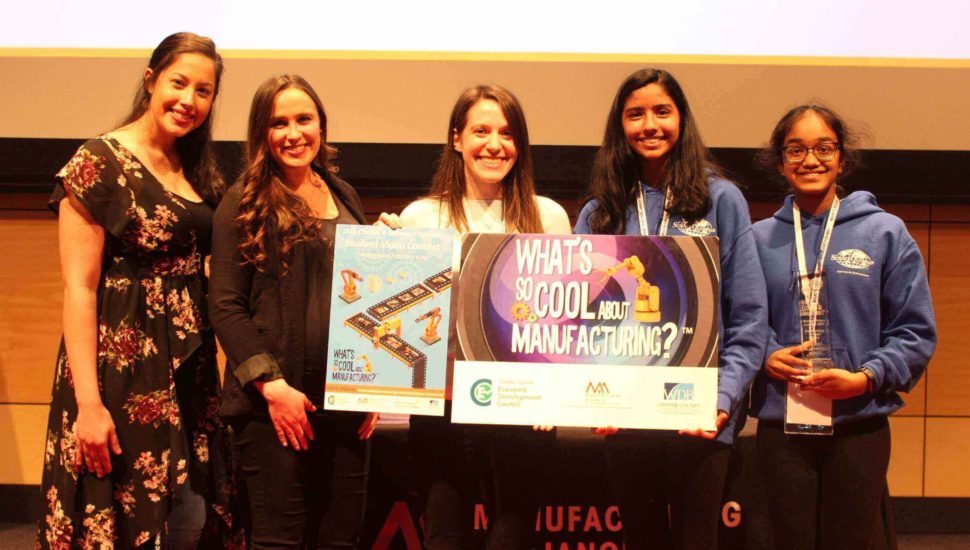 Garnet Valley Middle School was the nominee from Delaware County that competed on June 9 at a statewide “What’s So Cool About Manufacturing – Best of PA” awards event.

The school competed with 21 other teams across the state this week for first-, second- and third-place awards after winning regional competitions with two-minute videos featuring a local manufacturer.

Other Delaware County schools who took regional awards were:

The top three winners were announced at the June 9 “What’s So Cool About Manufacturing – Best of PA” awards event.

The contest is usually in Harrisburg but this year was streamed on YouTube because of the coronavirus.

It was partially funded by the Chester County Economic Development Council.

“These young minds will be the catalyst for driving future innovation within our companies. Our manufacturing leaders, along with parents and educators, are committed to exposing students to the potential within a skilled technical workforce,” says Eric Stone of Genesis Packaging Technologies and program chairman of CCEDC’s Manufacturing Alliance of Chester and Delaware Counties.

The focus on manufacturing comes just days after Pennsylvania industries entered the yellow phase of reopening.

Manufacturing is critical to Pennsylvania’s economy, accounting for nearly 12 percent of the state’s total output each year or roughly $93 billion.

However, a 2018 skills gap study from the National Association of Manufacturers predicts as many as 2.4 million well-paid manufacturing jobs in the United States will be unfilled by 2028.

What’s So Cool About Manufacturing? Opportunity, According to This Malvern Bank Exec