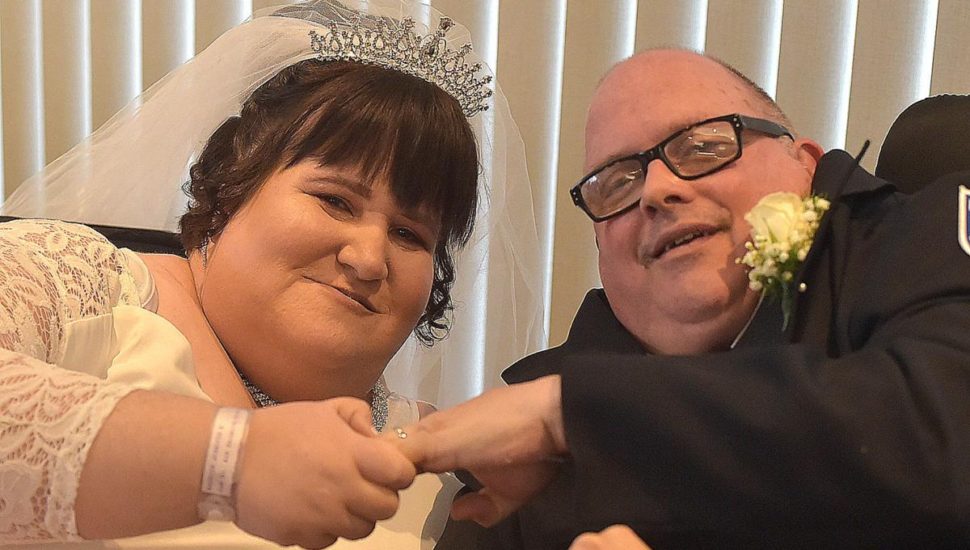 Jennifer Burrier and Peter Carroll have a unique love story to tell, from their first meeting years ago on the set of Captain Noah to their wedding recently at Fair Acres Geriatric Center in Lima, writes Peg DeGrassa for the Daily Times.

The two  tied the knot at a Friday ceremony in the main lounge of Building 8 at Fair Acres.

They met 43 years earlier on the set of WPVI-TV Channel 6’s children’s show, “Captain Noah and HIs Magical Ark”.

Burrier, who has Spina Bifida, was 8 when she appeared on the show as a “poster child.”

Peter, then 17, was there with his mother for the “Dialing For Dollars” game show.

They became friends through their school years but lost touch.

Thirty years ago,  Carroll suffered an injury as a Middletown Fire Co. volunteer and moved into Fair Acres.

In 2018, he learned that his long-ago friend was moving into Building Eight on the Fair Acres campus.

“As soon as I knew Jennifer was coming here, I immediately asked to be transferred,” the groom confided.

They became re-aquainted, culminating in Carroll’s marriage proposal to Burrier in January.