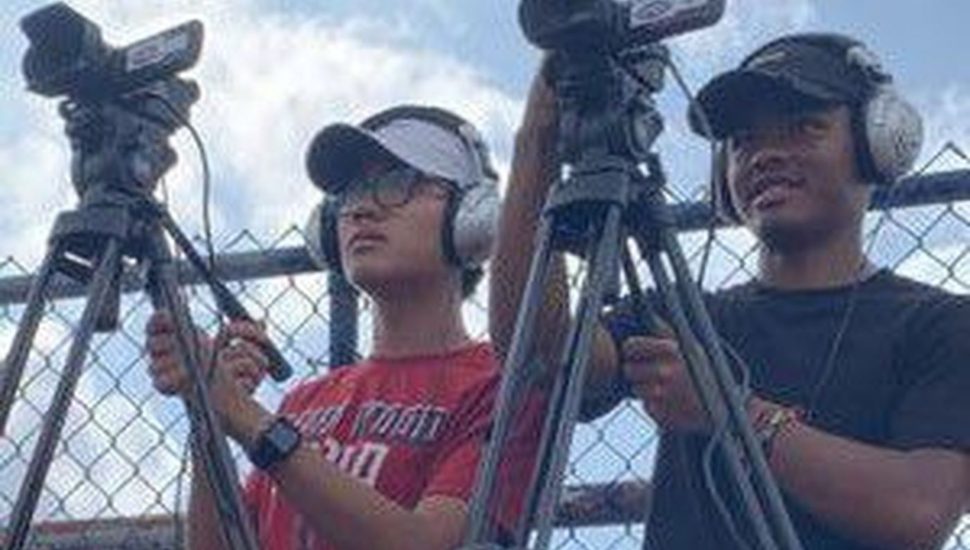 Penn Wood High athletes in Lansdowne are discovering alternative sports careers beyond playing or coaching, thanks to a sports broadcasting partnership at the high school, writes Aaron Carter for The Philadelphia Inquirer.

Ari Bluestein, owner of the Sports Fan Base Network, called in March looking to broadcast Penn

Wood athletic events for SFBN, an online sports network that has streamed high school sports in the Philadelphia area since 2012,

The ultimate goal in the next few years is for students to run the entire production.

“The goal is to get the kids to see the different jobs that are in athletics,” said Penn Wood athletic director Rap Curry, “because most kids are saying, ‘I want to play in the NFL,’ or their backup plan is ‘I want to coach.’ It’s as if they don’t see any other jobs.”

“A lot of times we’re so focused on trying to be the best athlete, we’re not paying attention to what’s going on around us. And what’s around us is a business.”