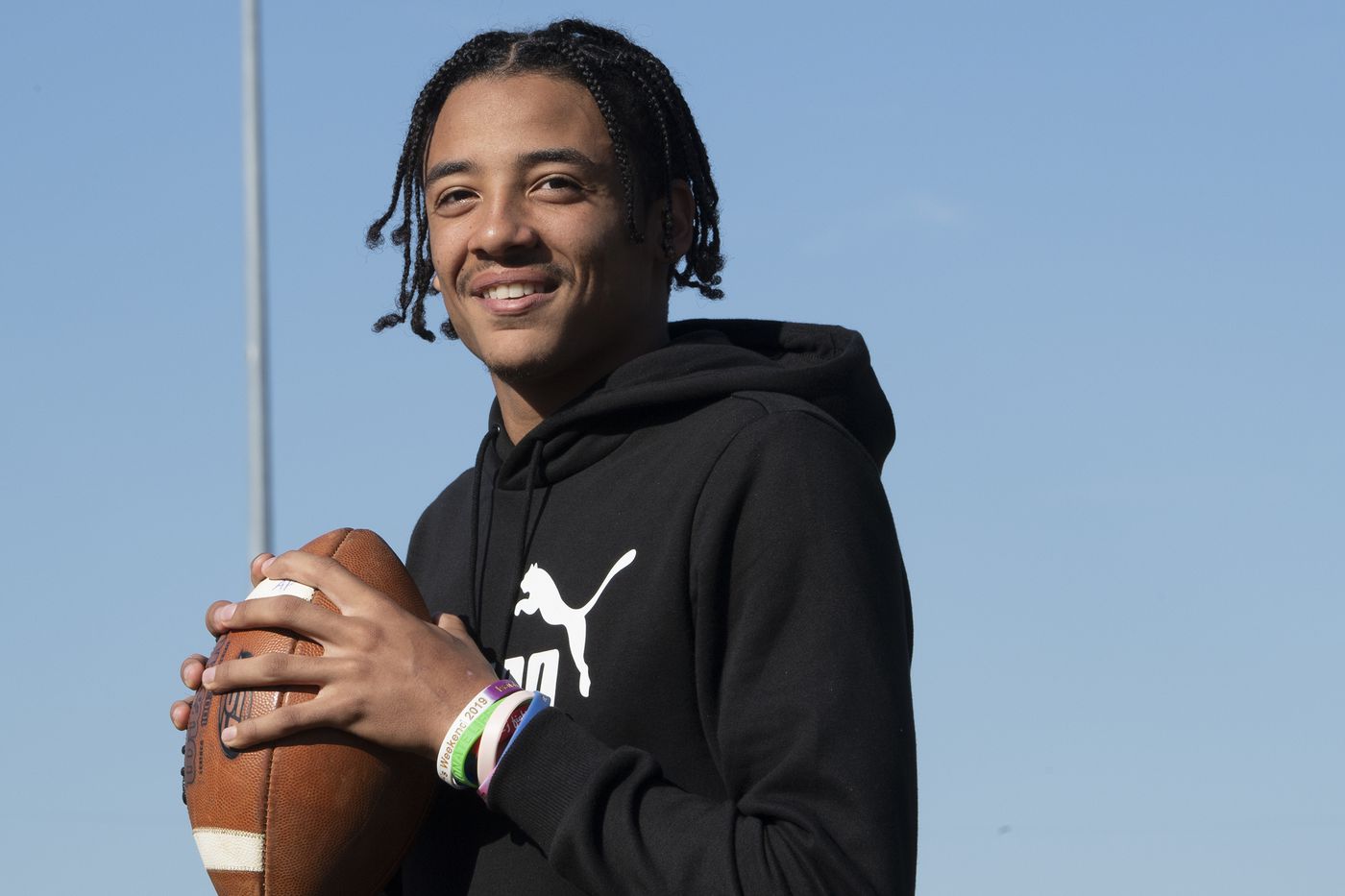 Academy Park senior quarterback Barry Brown also is the team's top punter and long-snapper. He pitches and catches for the baseball team and plays basketball, too. Image via Jose F. Moreno, The Philadelphia Inquirer.

If there’s such a thing as a renaissance man in sports, then Barry Brown at Academy Park High School in Sharon Hill is him, writes Phil Anastasia for The Philadelphia Inqurier.

“We call him ‘Bugs Bunny’ because he can do everything,” Academy Park football coach Jason Vosheski said. “He’s just a fantastic all-around player.”

He also was a top receiver as a sophomore and junior.

He’s a pitcher and a catcher on the baseball team. He plays basketball, too.

Playing quarterback this season for the first time in his varsity career, the 6-foot-1, 165-pound Brown has led Academy Park to a 7-1 overall record, including a 3-0 mark in the Delaware Valley League.

Brown has flourished in his first season as a varsity quarterback. He has completed 55 of 100 passes for 832 yards and 11 touchdowns and rushed 89 times for 798 yards and 10 more scores.

“I like being a dual threat, but I do like passing the ball,” Brown said before an Academy Park practice this week. “It’s not only me getting an opportunity to shine.”