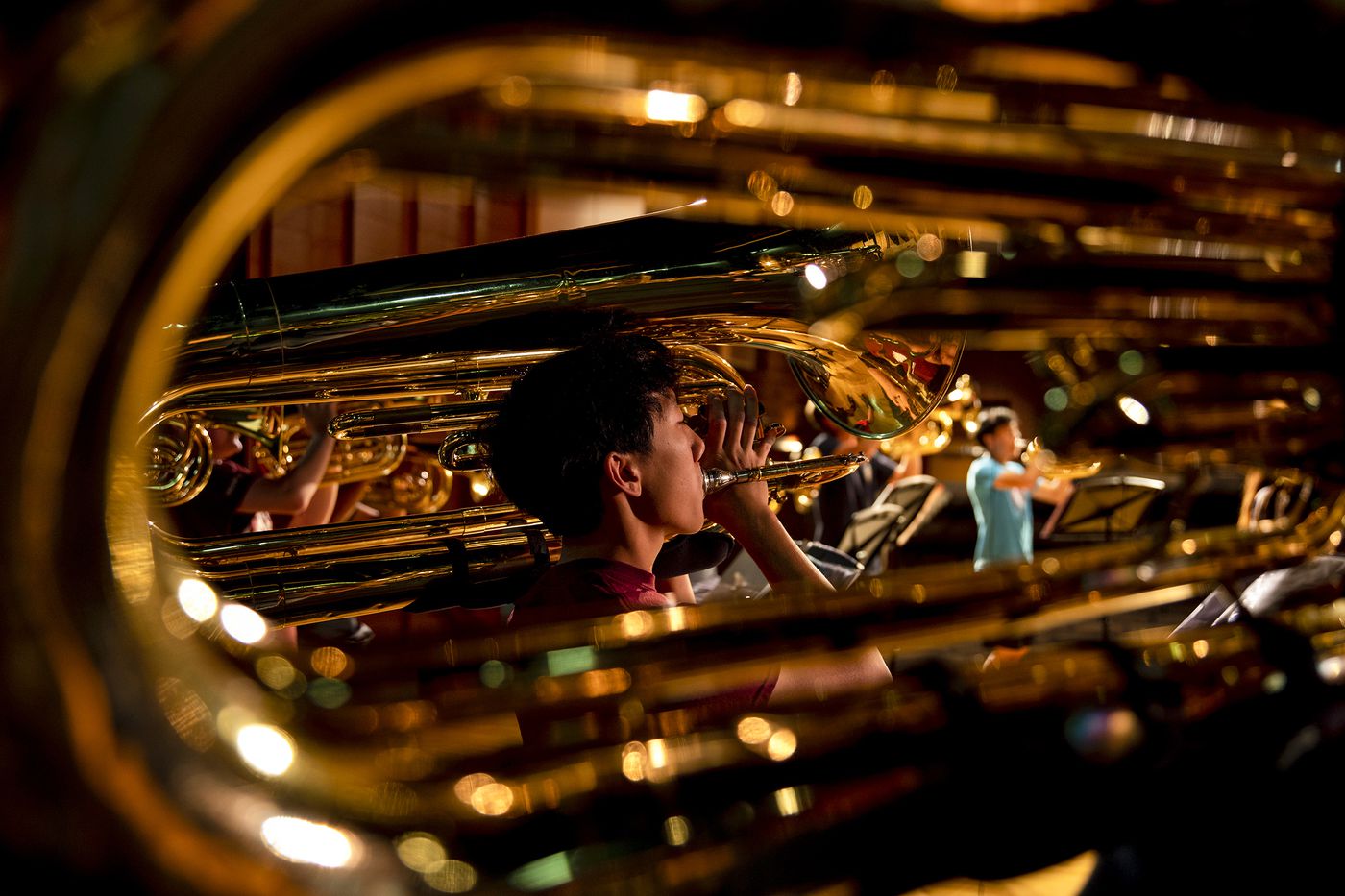 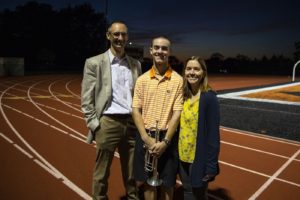 Image via Tyger Williams/Staff Photographer, The Philadelphia Inquirer. Ben Cluver, 18, (left), his dad John, 48, (center) and his mom, Michelle, 47, have all performed with the Marple Newtown High School marching band.

The no-cut, no-tryout marching band has remained largely untouched by the ‘sorry-you-didn’t-make-the-cut’ culture that seems to have swallowed childhood and poisoned extracurricular activities from elementary school on up.

Band is outside a time that has conditioned kids to become crazed competitors before they can even tie their shoes.

Marching band remains the one place where being average, good, or brilliant all blend into a harmonious, glorious adrenaline rush for all.

“I never had people to call a group — to call friends — until last year,” 15-year-old sophomore mellophone player Sam Lightcap confided. “I really haven’t felt like I’ve had people say they really care about me,” he said. “The people in here is what keeps most of us going.”

It’s getting harder to find kids, though.  Marple sought eighth grade players this year because so few freshman joined.

Let’s hope that these bands stay the course. In the purest sense of the word, you experience the power of “we” over the power of “me.”