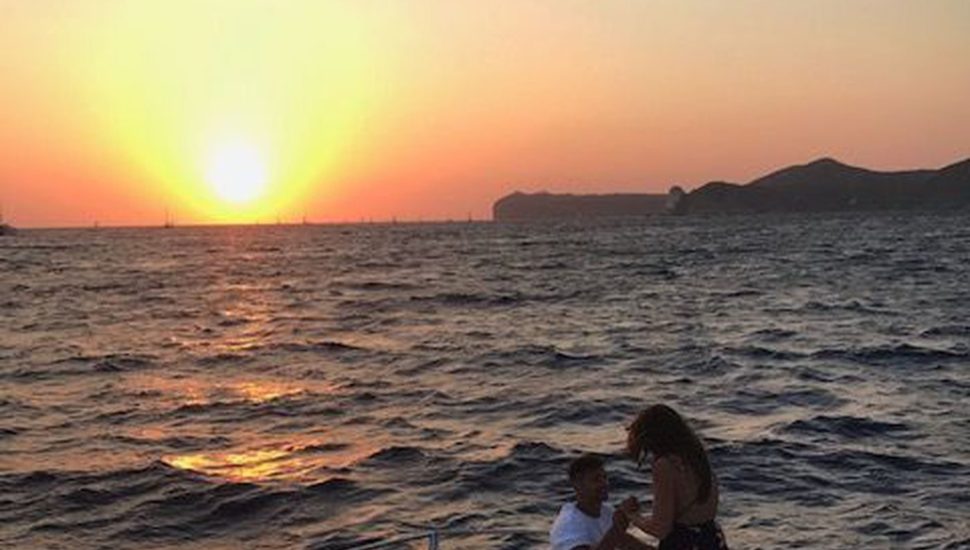 They met in person in the summer of 2008.  Courtney was an Upper Darby High School sophomore. Niko would be a senior.  From that first spoken hello, sparks flew, writes Kellie Patrick Gates for  The Philadelphia Inquirer.

Niko played football . Courtney was a cheerleader. They hung out.

“He made me laugh all the time,” Courtney said. “He has great looks, but his personality really shines. He would do anything for me, or for anyone he cares about.”

Niko loved to make her laugh — and smitten by her smile. “She was outgoing and caring”.

Niko studied at Wesley College. Courtney visited on weekends. She later chose West Chester University and he transferred there so the two education majors could be together.

He proposed to Courtney in August 2017 in the Kozani region of Greece, where his father was born.

The couple hosted their own mini-parade down the aisle of St. Luke Greek Orthodox with a 22-member bridal party.  There were 233 guests at the reception, including 76ers forward, Mike Scott.