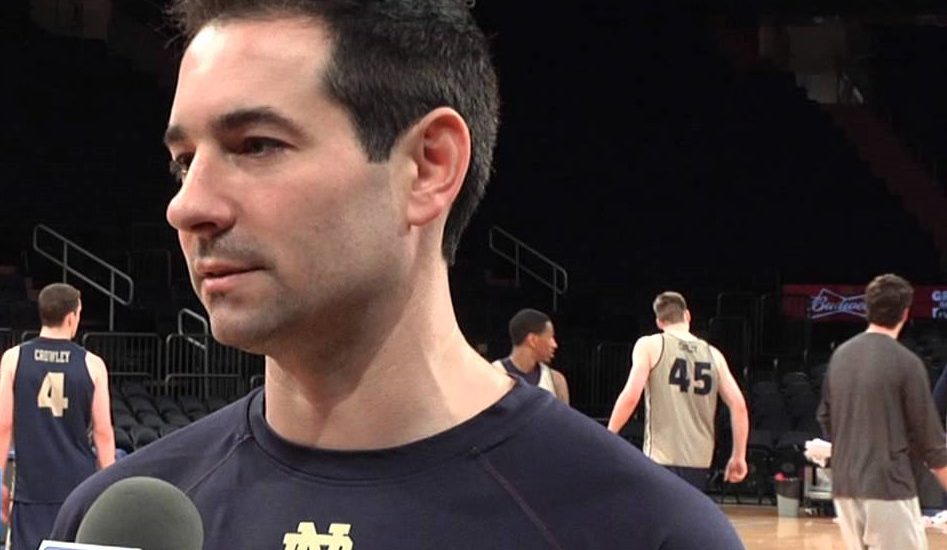 The man who starred for Archbishop Carroll, then orchestrated the point at Notre Dame, and now coaches the University of Delaware men’s basketball team has found his way into the Delaware County Athletes Hall of Fame in one of the shortest timespans.

Martin Ingelsby, 38, was recently inducted into the Hall of Fame Class of 2017, according to a Daily Times report by Terry Toohey.

“I don’t know what to think,” he said. “But this is a very special day for me and my family. It’s an honor that I will cherish for a very long time.”

And Ingelsby bestowed an honor of his own on Delaware County high school basketball.

“I’m really proud of what we accomplished at Archbishop Carroll,” said Ingelsby, who spent 13 years as an assistant on Mike Brey’s staff in South Bend before getting the top job at Delaware last year.

“It’s nice to be back on the East Coast. I’ve recruited all over the country, and nobody has what we have in Philadelphia basketball, the pride and the competitiveness and how hard guys play. Some of my best memories in basketball were in my time at Archbishop Carroll and playing in the Catholic League.”

Ingelsby, who follows in his father Tom Ingelsby’s footsteps in receiving Hall of Fame honors, was recognized at the event’s 78th dinner at the Concordville Inn. Tom, a Cardinal O’Hara graduate, helped lead Villanova to the Final Four in 1971 and played briefly in the NBA.

Read more about Martin Ingelsby in the Daily Times here.