Home Archive At the Hibernian in Upper Darby, It’s Irish Food With a Mexican Flair

At the Hibernian in Upper Darby, It’s Irish Food With a Mexican Flair 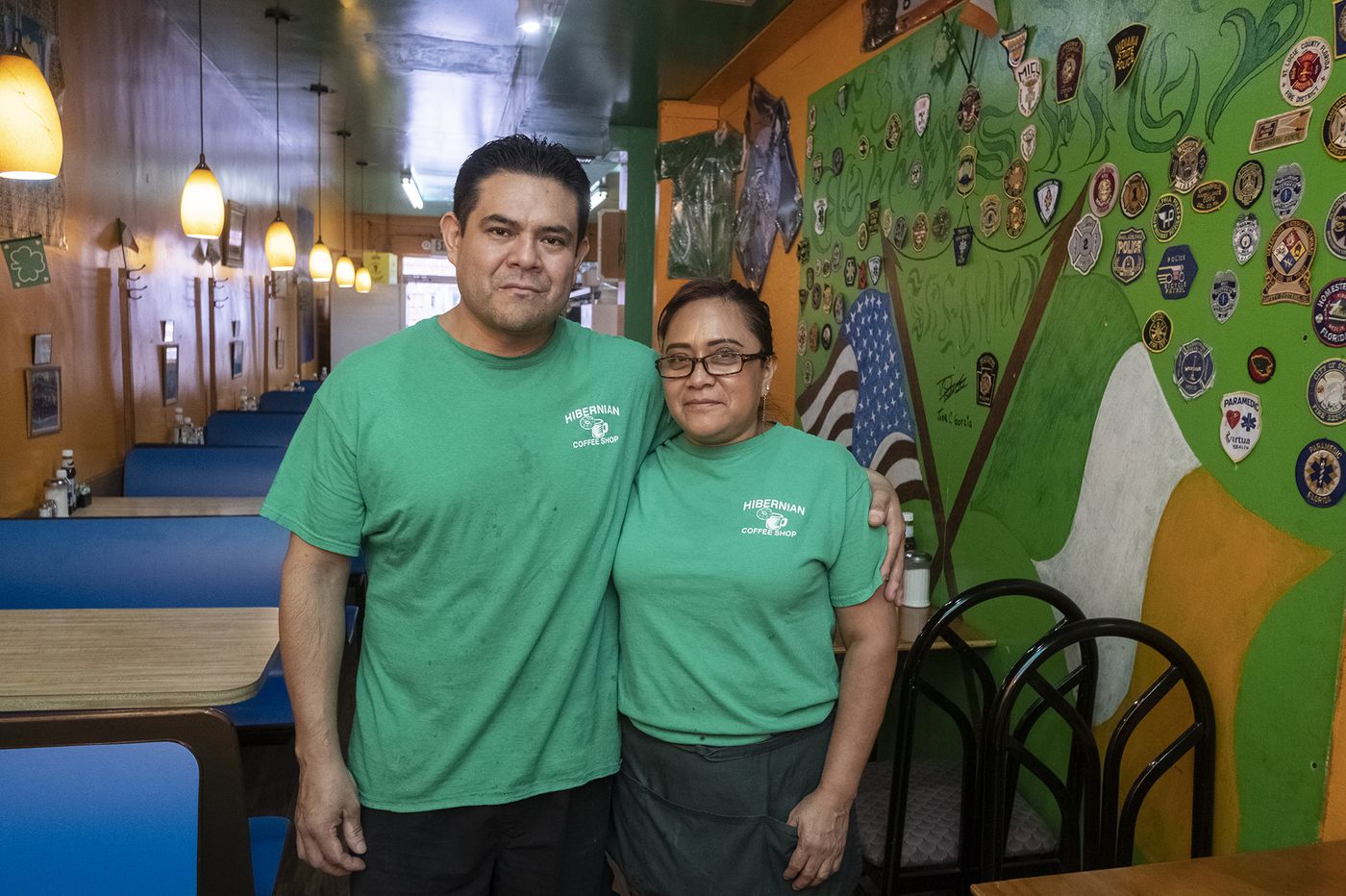 The Hibernian Café in Upper Darby may serve up traditional Irish fare, but thanks to owner Pedro Garcia and his wife, you can also order some huevos rancheros with bangers, writes Katie Park for The Philadelphia Inquirer.

“The food we make here, you probably won’t find it at any other place, because this combination is my wife’s idea,” said Garcia, who with his wife, Andrea Castillo, opened the cafe in 2007.

Garcia, 43, took over the former beauty salon on Garrett Road. He named the place Hibernian, which means to be a native or resident of Ireland.

Garcia had to nail Irish cooking, despite having never visited Ireland.

“Things happen in my life probably because it’s meant to be,” said Garcia, who came to the United States in 1993. “But I never had the idea to become a business owner or to have my own restaurant until I moved to the U.S.”

For locals, Hibernian has become part of the patchwork of Upper Darby.