1892 Aston Home at Neumann University to Be Restored, Used as Student Residence 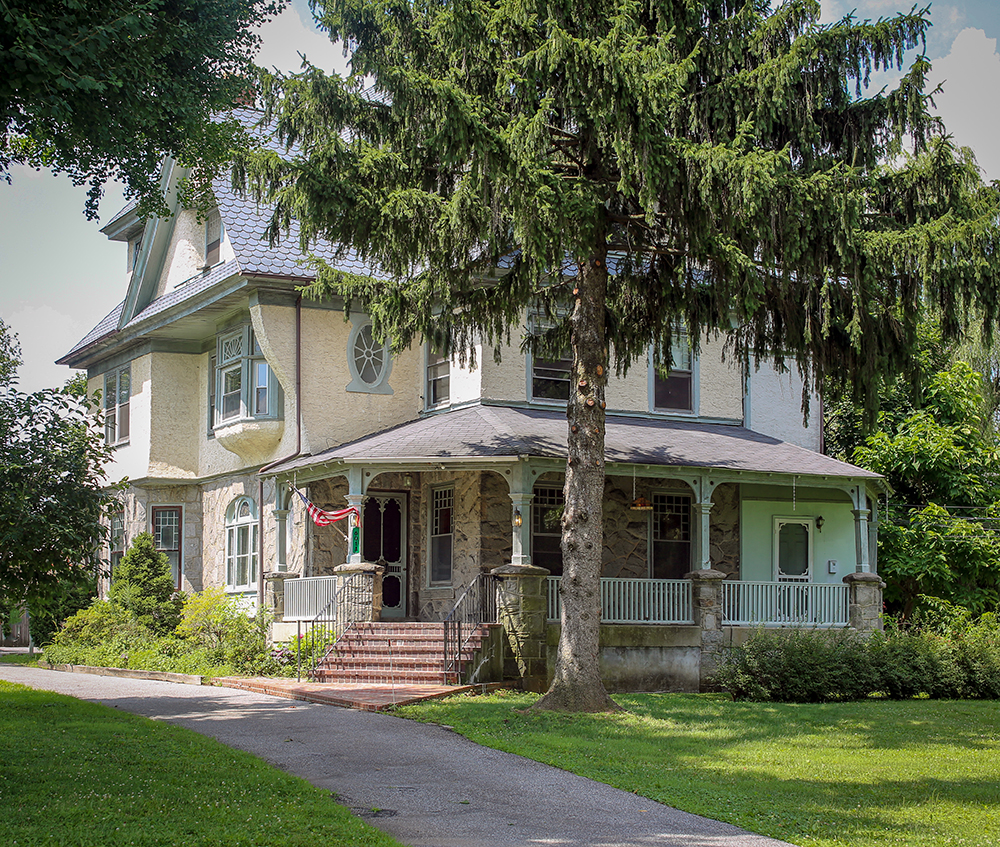 An 1892 Victorian home in Aston, which morphed into a bed and breakfast, then an apartment house, is now the property of Neumann University.

The university plans to restore it as a residence hall.

Some of the rooms on the second and third floors have unique designs that provide the “character” that is so appealing in homes of that era.

According to Dr. Christopher Haug, vice president for student affairs, the university plans convert it into a residence hall for about 17 students and one graduate assistant. There are spaces for two bedrooms on the first floor and four each on the second and third floors of the home.

Because the restoration work will take months, Haug hopes that the property will be available for a trial launch in January 2020, open to graduate students on weekends and perhaps a few transfer students who want to begin study in the spring semester. The January date is tentative, however, depending on the complexity of the needed work.

If the ambitious restoration project is completed on time, the Rhodes mansion (named after businessman John B. Rhodes who built the home) will open to a full complement of undergraduate students in the fall of 2020.

According to Haug, the selection criteria for residents of the home have not yet been determined. The presence of another structure on the property, however, will allow four students to be pioneers, calling the Convent Road site their home within the next few months.

According to William Leonard, Neumann’s director of facilities and manager of the project, a one-story cinder block structure across the driveway from the main house will be converted into a four-person apartment during the 2019 fall semester. This small building, formerly used as a rental space, has been gutted down to the frame in preparation for a makeover.

The new apartment will contain two bedrooms, a living room, bathroom, and kitchen. Leonard explains that it will be outfitted with brand new flooring, drywall, paint, air conditioning, and appliances as well as a new roof.  Access to and egress from the new university property will be from Aston Mills Road and the driveway to Concord Road will be closed to traffic.

Leonard admits that parking on site will be limited.

“I anticipate having about 14 parking spots on the property,” he explained. Other residents will park in the lot next to the Mirenda Center, the campus athletic facility.

“The ability to live in university housing and get the full college experience is a very attractive feature for Neumann students and their families. We’re eager to provide this unique option in 2020.”

History of the Rhodes Mansion

John B. Rhodes purchased a large tract of land in 1885 and built the “Rhodes Mansion” in 1892, according to Aston Township Historical Society member John MacFarland. 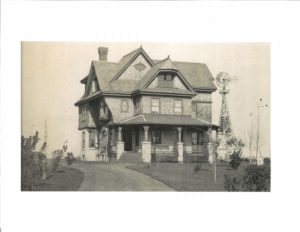 The Rhodes Mansion as it appeared, circa 1900.

The Rhodes brothers (John and Samuel) had been business owners in the area since 1864 when they acquired a gristmill on the west branch of Chester Creek and converted it into a cotton and woolen factory.

To house their growing workforce close to the mill, the Rhodes brothers built what MacFarland describes as 118 “tenement houses” on the hillsides on both sides of the creek, an area that today is known as Aston Mills.

John Rhodes sold the mansion and property in 1907, and there were two other owners until the tract and home were claimed by Chester-Cambridge Bank and Trust in 1935 during the Great Depression.

Six years later, two families related through marriage (Fred and Edith Schad, and Russell and Dorothy Smitham) purchased the property. They operated the Schad Milk Company from the large garage behind the home.

R, Lee (Morte) Smitham, a community banking officer for Iron Workers Bank, was born in 1944 and spent the first eight years of his life in the Victorian mansion. He recalls that seven people lived in the house.

“We didn’t know back then that it was a mansion,” he jokes. “We just called it home.”

To this day, Smitham lives at 601 Convent Road, right next door to his former home.

After the Schad-Smitham families, the property was sold to the Piersons in 1952 and finally to James and Caroline Elser, who owned the home from 1962 to 2019, longer than anyone else.

According to James Elser, Jr., the mansion became a bed and breakfast in 1992 and an apartment house at some time between 2002 and 2005.

According to Elser, Jr., “My mother ran the bed and breakfast more like a family inn than a traditional business. One gentleman named Joe, who worked at the Scott Paper plant in Chester, lived in the house for three years. He became part of our Thanksgiving and Christmas celebrations.”

A 1982 graduate of Neumann, Elser also remembered how his carpenter father gathered the material he needed to build the ranch unit across the driveway from the main house.

“Every day, he brought two or three discarded cinder blocks home from a job site” until he had enough to construct what will now be an apartment for four students.

After 127 years and more than 10 owners, the Rhodes mansion is now poised to begin its new role in history as a Neumann University residence hall.