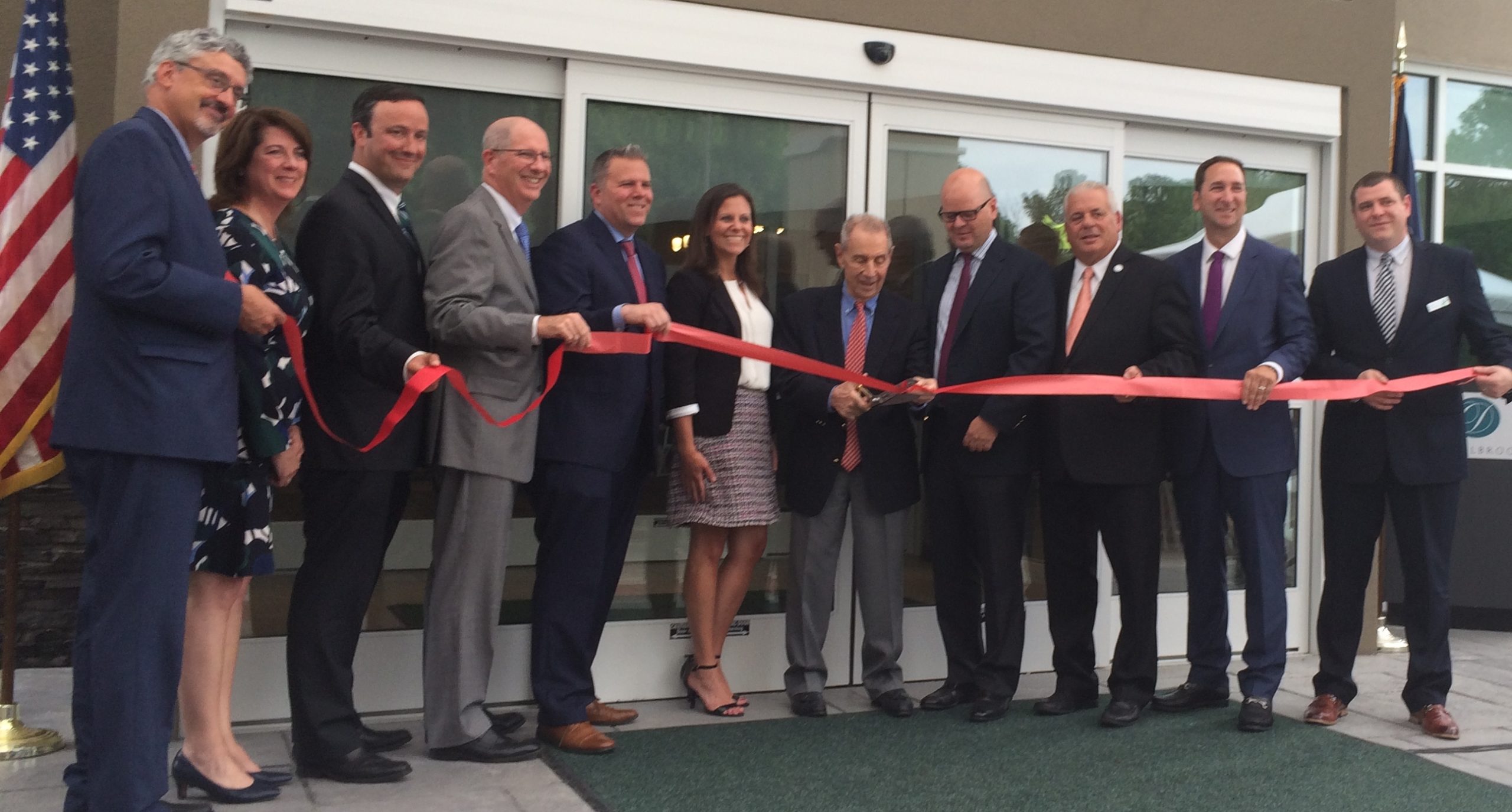 William Kay II, general partner for Drexelbrook Associates, owner of the $16 million hotel, thanked everyone for celebrating “another milestone in our long and storied history.”

The ribbon cutting included receptions and tours of the ultra-modern H4 hotel, the first brand hotel to open in Upper Darby.

Kay will have been a managing partner for the Drexelbrook apartment complex for 60 years this August. The complex included a private club in the 1950s. A public restaurant was added later.

In 2000, the Kay family created an expanded Drexelbrook Catering and Special Event Center.

Kay had hoped to complete the hospitality circle with a hotel next to the banquet facility. He celebrated his 90th birthday at the hotel’s groundbreaking in 2017. 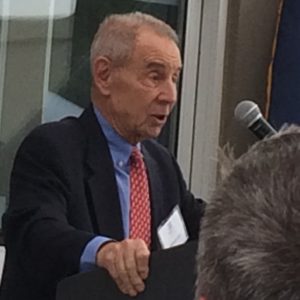 “I’m looking forward to what the future will bring to our community and to Delaware County as a hotel will attract visitors from all over the world,” he said.

“You’d be hard-pressed to meet someone who hasn’t been through its doors, whether it’s attending a wedding, a prom, banquet, holiday celebration, luncheon or even a corporate event,” he said.  “The Drexelbrook is one of Delaware County’s greatest assets and now, in our humble opinion, it’s even better.”

Upper Darby Mayor Tom Micozzie said Drexelbrook has been synonymous with life in Upper Darby. “Folks near and far now stand to learn the benefits that Upper Darby has to offer.”

The hotel will be managed by Prestige Hospitality Group, which recently opened headquarters in Drexel Hill to continue growing its Mid-Atlantic business.

The hotel has 86 guest rooms, 14 suites and the Street Light restaurant, serving breakfast and dinner. There’s a patio bar and lounge, an indoor heated salt water pool and fitness center, a meeting room and a business center.

Hotel General Manager Brian Walker hails from Folsom and Upper Darby. “And while I don’t have the Delaware County accent anymore, at this point I still have the grit and that pride,” he said.

“I have every intention of making this a place that people want to come to and even more importantly, want to come back to.”