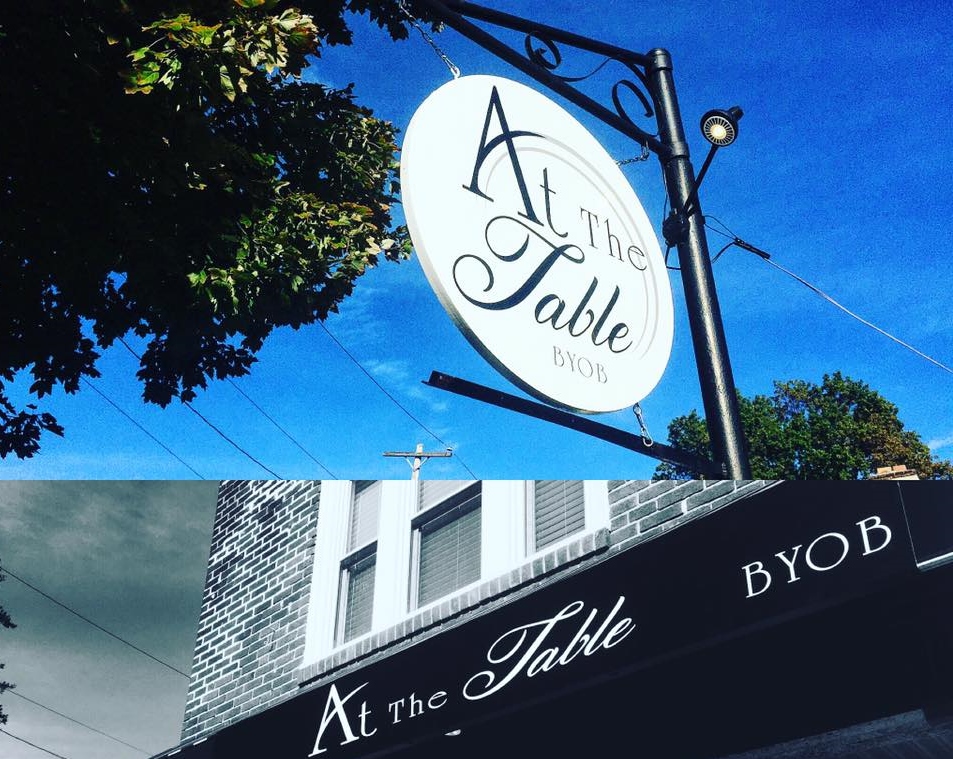 Husband and wife co-owners and chefs Alex and Tara B. Hardy of Wayne’s At the Table BYOB took their culinary prowess to the national stage when they appeared May 1 on the Food Network’s “Guy’s Grocery Games”, writes Ed Williams for Main Line Today.

The show, hosted by Guy Fieri, pits chefs against each other in elimination challenges, testing their culinary skills as they make their way through grocery store aisles.

Each challenge features a theme—like using only frozen food items—and is evaluated by a rotating list of guest judges. The chef who makes it through all three challenges then has two minutes to go through the aisles collecting items on a shopping list, with cash prizes awarded to winners.

“It’s the first time they have ever had restaurants on the show, as opposed to single competitors,” said Alex.

The couple had been together for a little over a year when they opened At the Table BYOB.

Tara previously owned A Taste of Britain in Wayne. The BYOB’s name plays off of her catering company, To the Table, while the “At” stands for each of their initials.