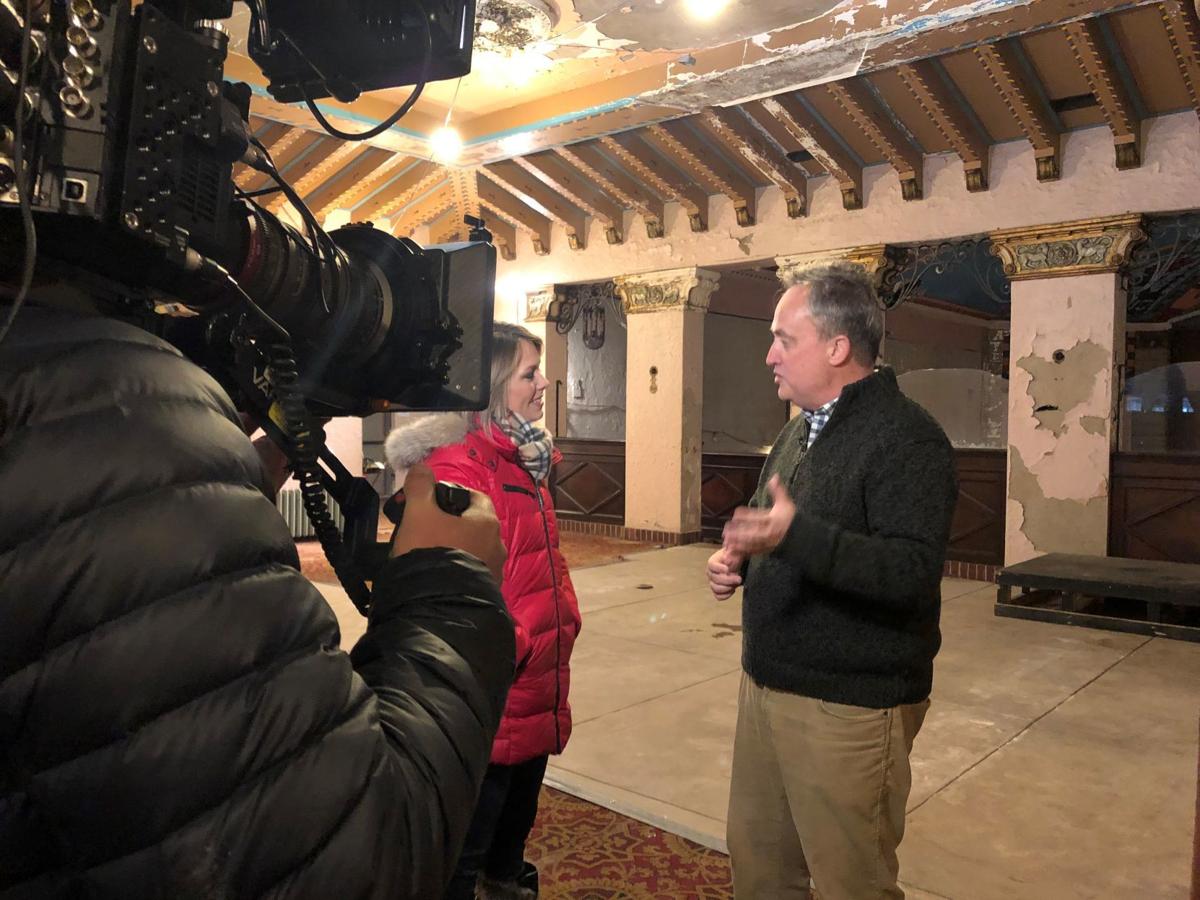 The Lansdowne Theater will be featured this morning on NBC’s The Today Show, writes Kevin Tustin for Delaware County News Network.

According to Matt Schultz, Executive Director of the Historic Lansdowne Theater Corp., the segment will run sometime between 7 and 9 AM.

NBC had expressed interest in doing a piece on the theater months ago. In mid-February, NBC meteorologist Dylan Dreyer visited the theater at the center of the borough’s business district on North Lansdowne Avenue with a small production crew to record a segment.

“They found us,” said Schultz. “They said they looked for stories in and around their major markets that are just good stories.”

He said that the meteorologist, together with segment producer Anneke Foster and two members of the crew, stayed at the 90-year-old theater for several hours, discussing its history and getting some footage.

The segment will be the theater’s first national television coverage since its restoration began.

“The team form The Today Show loved the building,” said Schultz. Now, he is hoping the coverage will generate more interest in the theater and its renovation project.

Read more about the Lansdowne Theater from the Delaware County News Network by clicking here.