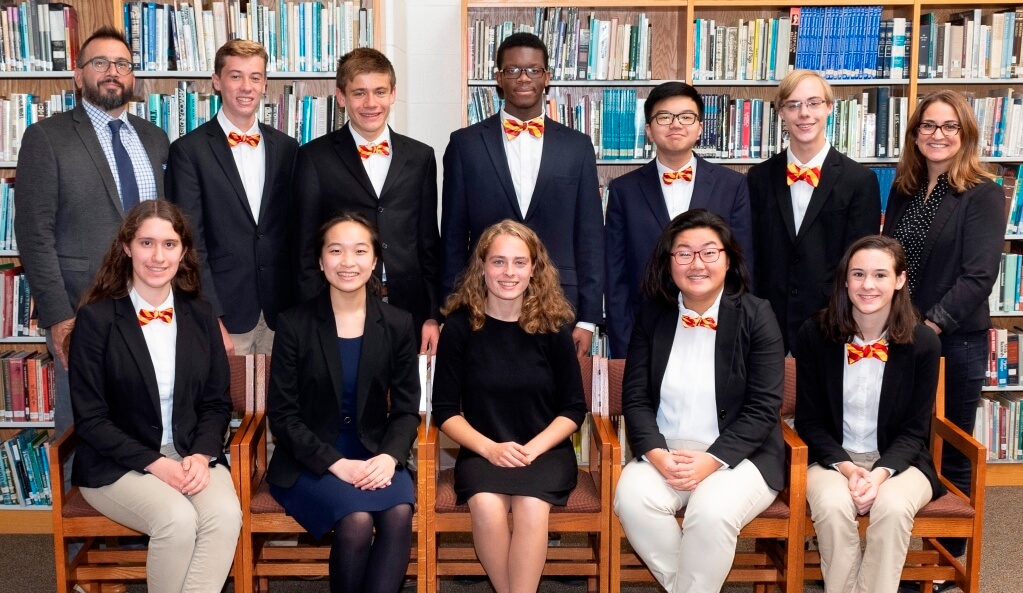 Haverford, the two-time defending champions, is looking for a three-peat this season. The Fords dominated the first two categories and picked up two bonus points from the other team’s missed questions. Valley Forge threatened to take the lead by becoming the only team to pick up points in the Sports category. At intermission, Haverford held a four-point lead over Valley Forge with Sun Valley in third place.

There were plenty of points to be earned in the second half. Each question is worth four points on the first try with the point total decreased by one with every incorrect answer. Haverford’s strong second-half performance, with an added 20 points, led to its win. Valley Forge earned the final points by answering the toss-up Math question for four points, giving it its highest score in its three-year Hi-Q history.

Radnor Township was the setting for 10th contest. Archbishop Carroll hosted Academy Park and Penncrest high schools in front of its entire student body. Penncrest took the lead early in the contest and kept it for the entire match. The Lions were perfect through the first six categories and picked up six bonus points in the early questions. Archbishop Carroll held steady in second place throughout the match, while Academy Park fought hard but stayed in third place. Penncrest’s impressive performance resulted in a 14-point increase from its first contest, placing it in playoff contention.

The 11th contest brought Hi-Q players to Wallingford, where Strath Haven High School hosted Springfield and Penn Wood high schools. Springfield took an early lead by scoring a full four points in Current Events and picking up a bonus point in American History. All three teams scored on the Sports question, which helped Strath Haven pick up some momentum. At the half, Strath Haven led Springfield by just three points, with Penn Wood in third. Strath Haven piled on the points in the second half, scoring in every category but one and picked up five bonus points, adding 33 points to its score to take the win.

As competition heats up, teams are looking to increase their chances to reach the 2019 playoffs.