In an Era of Technologically-Enhanced Holiday Attractions, There’s Still Nothing Like a Train Display 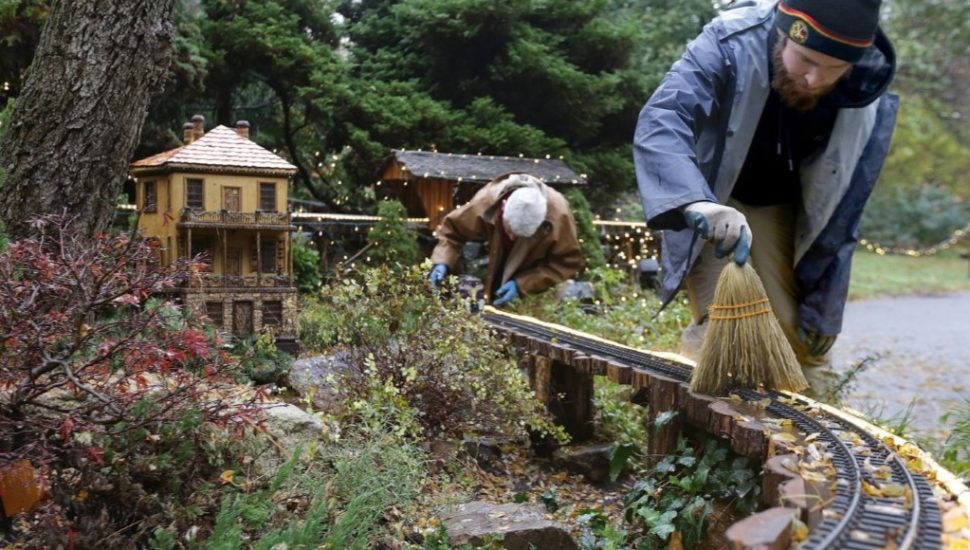 The Brandywine River Museum of Art in Chadds Ford has been running a miniature train display since the 1970s, and despite all of the technologically-enhanced Christmas displays of the modern day, it remains one of the region’s most popular holiday attractions, writes Bethany Ao for the Philadelphia Inquirer.

Paul Hoerner and David Jensen are the museum’s trainmasters, having been in charge since the 1990s.

“Back in the 1940s and 1950s, trains were synonymous with Christmas because they would deliver presents and family members to you,” said Hoerner. “They’re nostalgic in that way.”

The museum sees its monthly attendance numbers double in December.

“The railroad has been around long enough that people are starting to bring their kids and grandkids to come see it,” Hoerner said. “Getting to help create those memories is such a special experience.”

Whereas the museum’s train display is indoors, Longwood Gardens features an outdoor display that incorporates natural materials and boasts mini versions of its Webb Barn, conservatory, and fountain.

It takes gardeners almost three weeks to build the tracks and scenery and sculpt the mulch that the display sits on.

“Model railroading isn’t as popular as it used to be,” said Harold Taylor, a section gardener at Longwood Gardens. “But it’s still popular with the kids. For us, it fills a really nice niche because the little preschoolers absolutely love it.”

The Brandywine River Museum of Art is open daily from 9:30 AM-5 PM and is closed on Christmas Day.

Longwood Gardens is typically open from 9 AM-10 PM during the holiday season.

Click here to read more about the local train displays in the Philadelphia Inquirer.