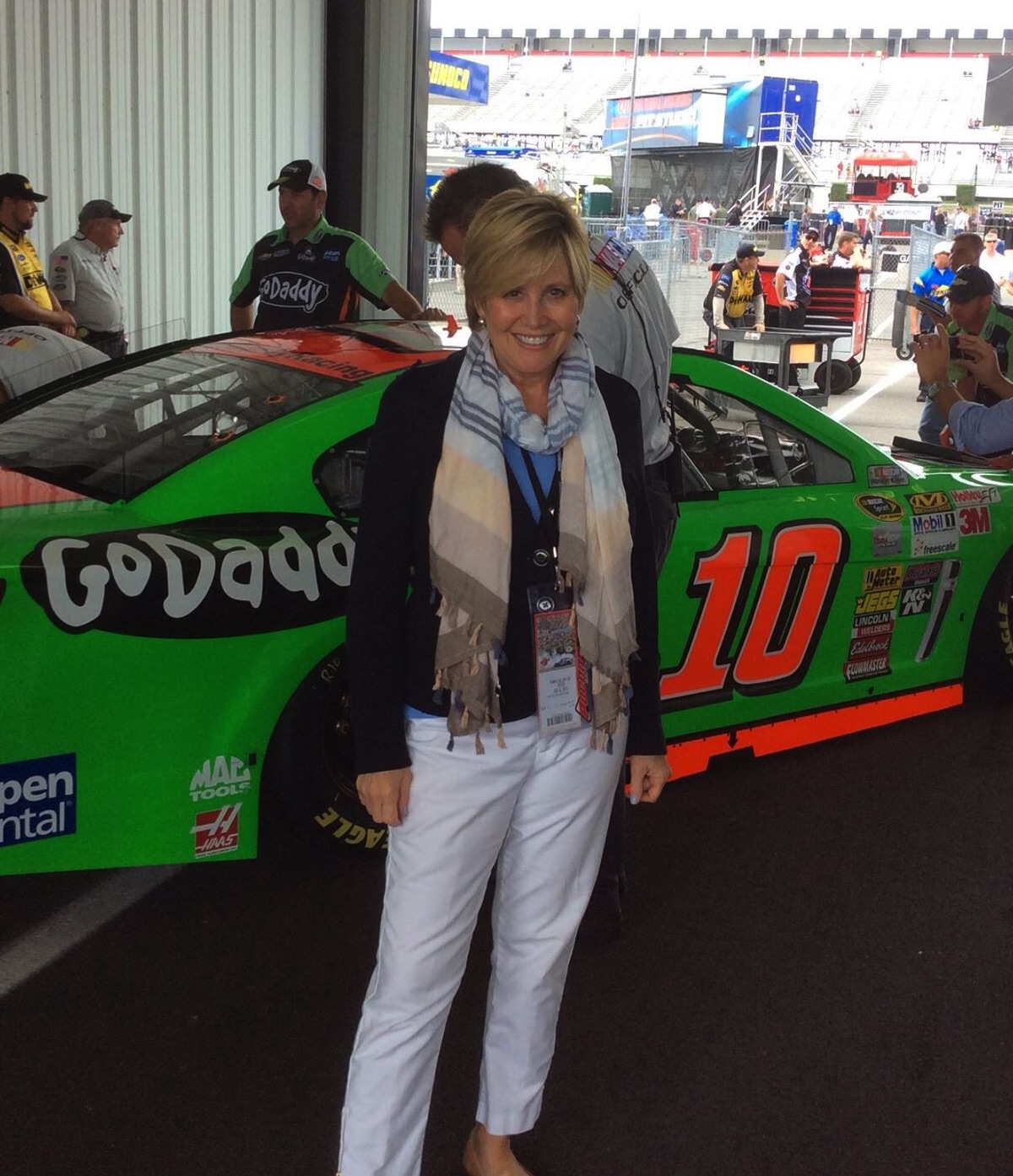 Ridley Park native and McGraw Productions CEO Diane McGraw spoke with DELCO Today about her adventurous spirit, moving to New York City when she was 21, and how she attributed her early success in sports and event production to a combination of luck and not being afraid to try new things.

She also shared how being married to the late Phillies relief pitcher Tug McGraw was like being married to Peter Pan, as well as her role in helping to bring the Grammys to Los Angeles from New York. Diane now runs her own production company, McGraw Productions, and is a consultant in the tourism, sports, and entertainment industry. 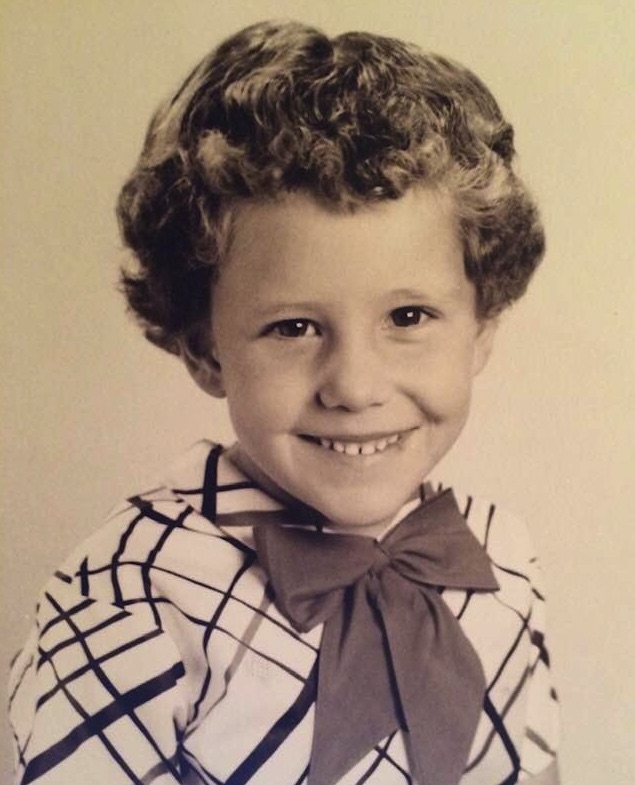 Where did you grow up, Diane?

I grew up the 2nd child in a family of 6 in Ridley Park, Delaware County. My Father worked for the Pennsylvania Railroad while my mother was a homemaker.

What memories do you have growing up in Ridley Park

I grew up in an Italian-Scottish household with 5 brothers and sisters.  We went to Catholic School from 1st – 12h grade. We somehow managed to live in a 3 BR home with 1 bathroom.

We had a ball…we played outside from morning till night, rode our bikes, played kickball in the street.   We didn’t go on elaborate vacations, but spent every summer down the Jersey Shore.

My brother was the local rock-star and his band practiced in our basement every day after school, so it was a very loud household. Music and entertainment were always a part of our life and still is today. 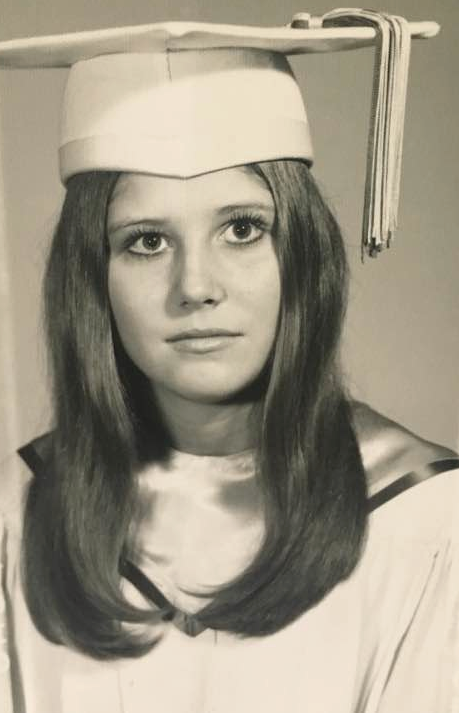 Where did you go to college?

I wanted to pursue a career in acting, so I chose not to go to college. Truth be told, I also didn’t want to ask my parents to pay for college until I was sure about my future goals. I was also the adventurer of the family and wanted to go out and see the world before I settled into a career.

Where did your adventurous spirit come from?

I was always like that early on as a young girl!  I was infatuated with the Academy Awards and would tell anyone who was listening that some day, I was going to win an Oscar. Little did I realize until later that my talents were behind the scenes as a producer and not in front of the camera.

Was anyone else in your family as adventurous as you?

My brother, John who is an  entertainment attorney and musician.  People say he is my male clone, so I would say he has the same adventurous spirit.

What did you do instead of college?

I used to do little skits on the Mike Douglas Show with celebrity guests, which put me on the path to want to be an actress.  After all, my family used to say I was the biggest faker trying to get out of school, so it was only a natural path to take.

So, in 1977 at the age of 21, I hopped on an Amtrak train and moved to New York City. I worked for the President of Sasson Jeans for a few years but never forgot my quest to be an actress.  One day, I answered an ad in the New York Times classified section, and landed a job as the Assistant to the President and Board of Directors of the Screen Actors Guild and the Astoria Motion Picture & TV Studios.   I figured if I wanted to be in the business, I better learn the industry from the inside out. 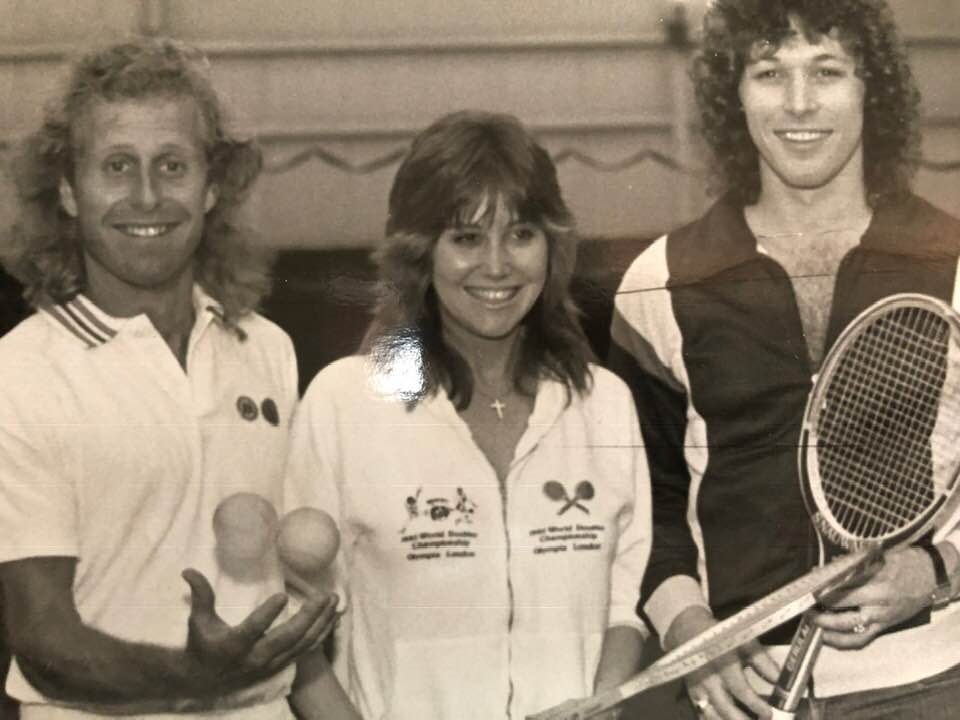 Diane (center) at her ‘I Love NY Pro-Celebrity Tennis Tournament’

How did you get into event production and sports?

I was invited to a networking even at a tennis club on the East River.  I met the club’s tennis pros who asked if I could bring celebrities to their club and host a pro-celebrity tennis tournament. One of the SAG board members was Cliff Robertson, with whom I shared a last name.  When he asked me who the charity was I said, “Oh, I’ll let you know”.  I realized I needed to find a charity.

At that time, the City of New York purchased the Astoria Studios with the hope of luring movie production back to NY from LA.  The I LOVE NY campaign was just being launched, so I wrote a letter to the NY Department of Commerce asking for the rights to the logo and song.  When they said yes, the I Love NY Pro-Celebrity Tennis Tournament was launched and so was my new career in sports and event production.  Participants included John McEnrose, Bjorn Borg, Vitas Gerulaitis, Ile Nastase and major celebrities including Robert Duvall, Joan Rivers, Penny Marshall, the Van Pattens and host of other A list celebrities.  Two years later, I left my job at SAG and started my own production company, Robertson Productions.

Why do you think all these opportunities kept falling into place for you?

I’m not sure! Everywhere I went, something magical would happen. People were always willing to help.  At one point, I was offered an office space in the Waldorf Astoria! I think it was a little bit of luck combined with my not being afraid to try something new and different. If I had an idea I would go after it and it all kind of came together.

Who gave you your big breaks?

The first person who comes to mind is the actor, Cliff Robertson. He was the first person who said yes to me when I had this crazy idea of starting a celebrity tennis tournament.  The next person would be John McGuire, the president of the Screen Actors Guild, who was always so supportive and still is today.   I also have to include Paul Guez, the President of Sasson. When I told him about the tournament he wrote me a check for $5,000 and became my very first sponsor.   He believed in what I was doing. 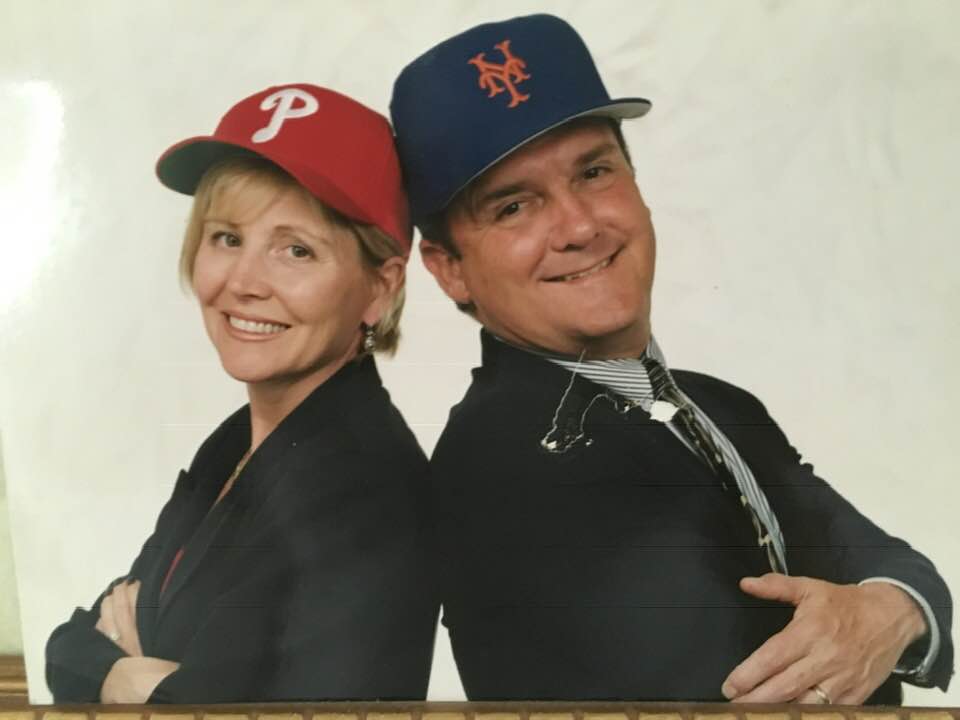 How did you and Tug McGraw meet?

After five years producing tennis in New York, I married a Dutch fellow, Jan Hovenkamp, moved to Holland, and my first two sons were born, Christopher and Ian. I produced tennis in Holland and Germany and brought over tennis pros and the cast of Dallas, Dynasty, Hill Street Blues and Cheers to benefit the Queen Wilhelmina Cancer Foundation.

In 1987, I returned to Philadelphia and produced the first US Men’s National Soccer Team vs. U.S.S.R. game at Franklin Field, which raised over $300,000 for the Philadelphia Sports Congress, the U.S. Soccer Federation and the city’s bid to host the World Cup in 1994.  The Sports Congress hired me to be the Executive Director and in that position, I became the city liaison for the Army-Navy game, brought the NHL and MLB All-Star games to Philadelphia and a host of NCAA and U.S. Olympic Championship events.

After my first marriage ended in divorce, one of Philadelphia’s most notable icons who won the 1980 World Series for Phillies and I became friends. One day Tug invited me to go with him to the very first baseball game at Camden Yards in Baltimore. That was our first date!

We married a four years later and had a son, Matthew, who is now 22 and just graduated from Penn State. Looks just like his dad. I always said being married to Tug was like being married to Peter Pan. He was the kid who never grew up.  So now I had 4 boys, Christopher, Ian, Matthew and Tug and a new big career in sports I had to juggle.

Did you stay at the Sports Congress?

After a couple of years, I was recruited to the City of Orlando and became President of the Orlando Sports Commission. I worked with Disney and Universal and marketed all the attractions in the five-county area surrounding Orlando. Two years later, the Mayor of Los Angeles invited me to head up their Sports and Entertainment Commission, because of my earlier entertainment background. They tasked me with getting the Grammy’s out of New York into the Staples Center, help promote marquee events like the MTV and American Music Awards, the LA Film Festival, and, by the way, get them a Super Bowl. 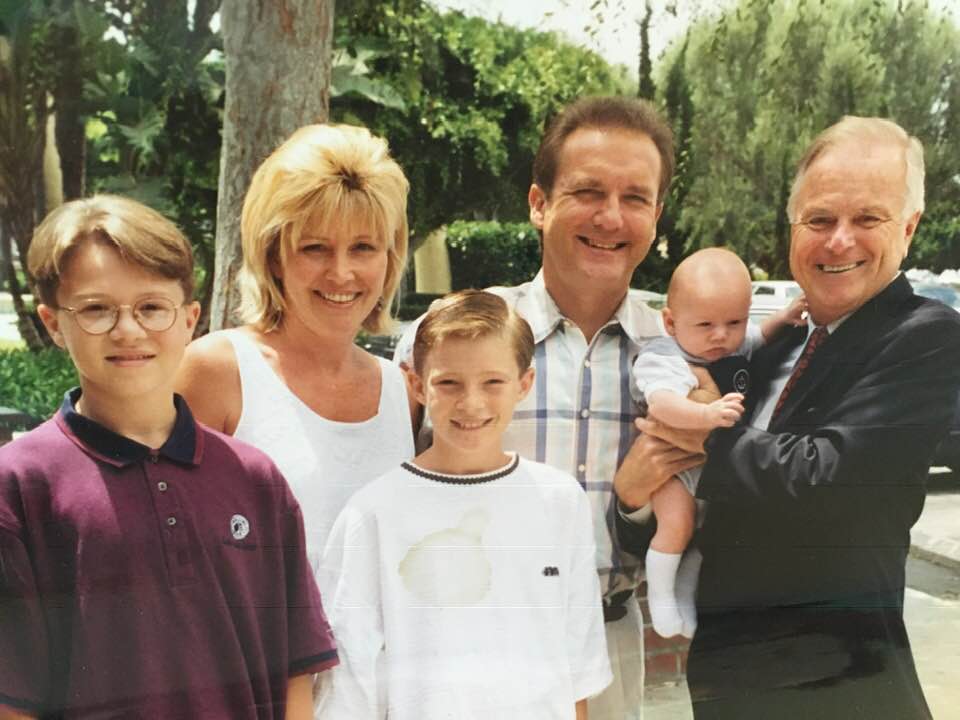 The McGraw-Hovenkamp family with Richard Riordan, Mayor of Los Angeles

How did you get the Grammy’s to move from New York?

The President of NARAS (now the Recording Academy) was not happy with the City of Los Angeles so for the first 20-minutes of our meeting, he expressed his displeasure with city officials.  When he finished his rant he said, “McGraw…are you related”?  I said, “Yes Tim is my stepson.  He said, “ I don’t mean Tim, I mean Tug!  He was my favorite ball player and I named my dog after him.”  The deal was done…the Grammy’s came to LA in 2000 and has been there every other year ever since. I have to say, I did negotiate a $1million contribution to the Grammy Cares Foundation to seal the deal,  but I will gladly give Tug all the credit for this one.

What are your current challenges and opportunities?

After Tug’s unfortunate passing in 2004 I had to pick myself up and become the sole breadwinner and single parent to the 3 boys and get them through high school and college.

I will admit, it was a challenge, but I never strayed away from looking for the next opportunity.

I ended up in Louisville, KY running their sports commission and returned back to the area and became the State Tourism Director and Film Commissioner for the Commonwealth of PA.

I now have my own production company, McGraw Productions and am a consultant in the tourism, sports and entertainment industry. I am currently working with a global hotel development company and major music industry company who are building experiential hotels around the world with a music theme. I developed a mentoring program, called the Dare to Dream Experience, which introduces students to careers behind the scenes in sports and entertainment industry and am helping the HEADStrong Foundation with outreach and marketing.

I met Cheryl Collelouri, HEADstong’s Executive Director, at an event a few months ago. We have a connection to Ridley. Her son, Nick was a star lacrosse player from Ridley High School and Hofstra University. Unfortunately, Nick passed away at the young age of 19 from Hodgkin Lymphoma.  He never did get to really experience his life and pursue his dreams.

Cheryl invited me to help them seek out donors, board members and connect in the community. I enjoy leveraging my experience and contacts and have developed a business model to help various nonprofits. I never forget that people helped me along the way, so I am always happy to give back when I can and help pay it forward. Even small businesses can participate in (CSR) Corporate Social Responsibility programs, whenever possible.

Finally, Diane, what is the best piece of advice you ever received?

Something I picked up along the way… never be afraid to pursue an opportunity or idea. If you want to do something but don’t have the experience, either try to figure it out or surround yourself with those who do.

Maybe soon, I’ll start to wind down and finish my book, travel a bit before the grandchildren come along.  But one thing is for sure, I will ALWAYS be open to the next adventure.

Laura Wagoner contributed to this profile.