Delaware County Announces Proposed Budget with No Tax Increase for 2019 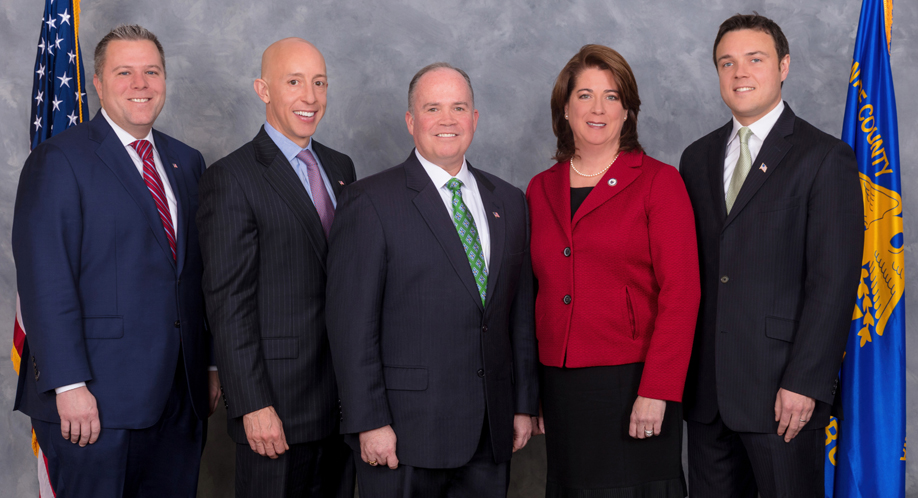 Delaware County’s proposed budget for 2019 was presented on Friday by Executive Director Marianne Grace. The budget proposes no tax increase for 2019. If ultimately adopted by County Council, this would be the fifth year in a row with no tax increase.

“We commend Executive Director Marianne Grace, Budget Director Jim Hayes, President Judge Kevin Kelly, and all of our department heads and employees,” said Delaware County Council Chairman John McBlain. “It is their diligent work throughout the year that allows Council to be able to consider yet another no-tax-increase budget for our residents and taxpayers.”

While the Commonwealth of Pennsylvania and many local governments and school districts have struggled to fully fund pension funds, Delaware County’s employee pension fund is currently funded at 101.5 percent, which marks the fifth year in a row that the pension fund has been funded at or above 100 percent.

The county worked closely with its health insurance administrator to put several cost-containment initiatives in place, which has enabled the proposed 2019 budget to project a $2.5 million reduction in employee healthcare costs.

Fair Acres’ total projected budget for 2019 is $76,873,000. County Council has placed an emphasis over the past several years on both controlling costs and increasing revenue at the county’s senior home. Those efforts will reduce the county’s necessary contributions to Fair Acres for 2019 by approximately $1.9 million.

The budget for the county’s courts totals approximately $55.8 million, a reduction in spending of approximately $1.4 million from the 2018 budget. The majority of those savings is attributed to a decrease in juvenile placement costs. The county continues to increase its utilization of alternative services for juveniles, rather than placement.

The proposed 2019 budget shows no cost increase for prison operations and shows a slight reduction in the prison’s total expenses for next year.

“This is great news for the taxpayers of Delaware County,” said McBlain. “Not only does the proposed budget hold the line on taxes, but it also enables us to provide quality services to our seniors, juveniles, those in need, and all of our residents.”

The proposed 2019 budget is available for public inspection at the Office of the County Clerk located on the second floor of the Government Center and can be found online by clicking here.