Comedienne Wanda Sykes Spotted at the Polls in Media 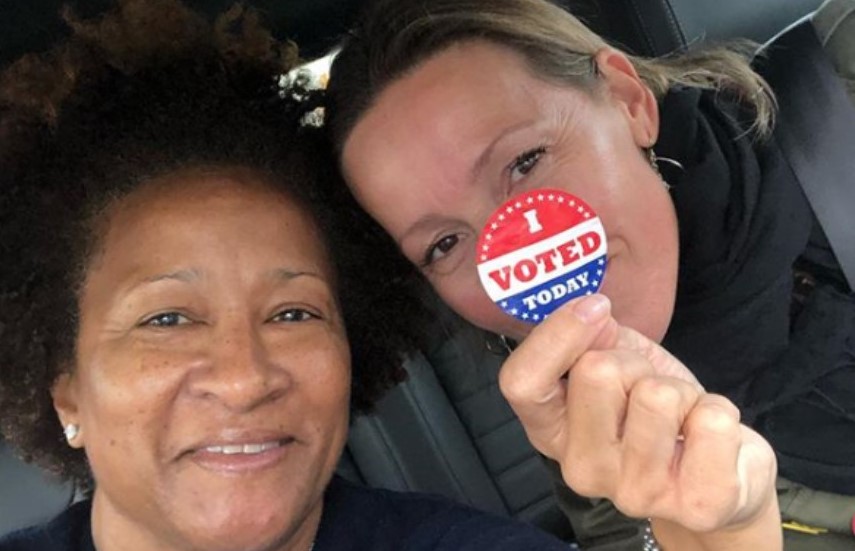 Comedienne Wanda Sykes was spotted at the polls in Media on Election Day taking a photo with Kristin Seale, who challenged incumbent Chris Quinn for his seat in the state’s House of Representatives, writes Nick Vadala for the Philadelphia Inquirer.

Sykes, a part-time Media resident, posed for the photo with Seale, who then posted it on Facebook to encourage her supporters to “get out to vote if you haven’t already.”

Supporting Seale, who lost her bid to unseat Quinn, is only a part of the recent political advocacy by the popular actress and performer. Sykes has also encouraged her fans over the last several weeks to go out and vote in a number of other locations, including Maryland, New York, and Georgia.

After having voted in Media, she also posted a photo on Instagram with her wife Alex, wearing an “I Voted Today” sticker.

Sykes splits her time between Los Angeles and Media. She most recently performed in the area in September at the Keswick Theatre.

Read more about Wanda Sykes in the Philadelphia Inquirer by clicking here.