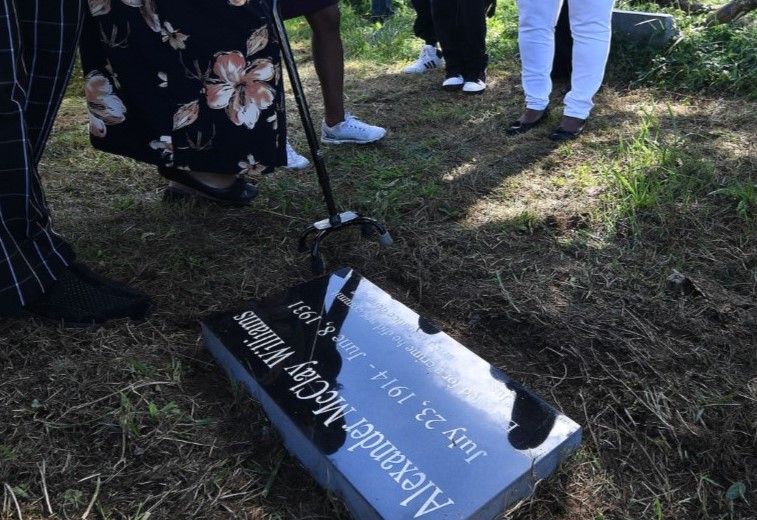 Alexander McClay Williams, the African-American teenager whom many believe was executed 87 years ago for a murder he did not commit, has finally received a headstone in the abandoned Green Lawn Cemetery in Chester Township, writes Alfred Lubrano for the Philadelphia Inquirer.

The words on the headstone read:

Executed for a crime he did not commit.

Williams, 16, was executed for allegedly stabbing a white woman, Vida Robare, with an ice pick 47 times in 1930.

Samuel Lemon, a Neumann University administrator, said Williams was coerced by police into confessing to the murder. People also doubted his guilt, believing the crime was not something a child could manage. Nevertheless, Williams still became the youngest person sent to the electric chair by the Commonwealth of Pennsylvania.

Lemon has spent more than three decades gathering evidence that he hopes will fully exonerate Williams.

Read more about Alexander McClay Williams in the Philadelphia Inquirer by clicking here.