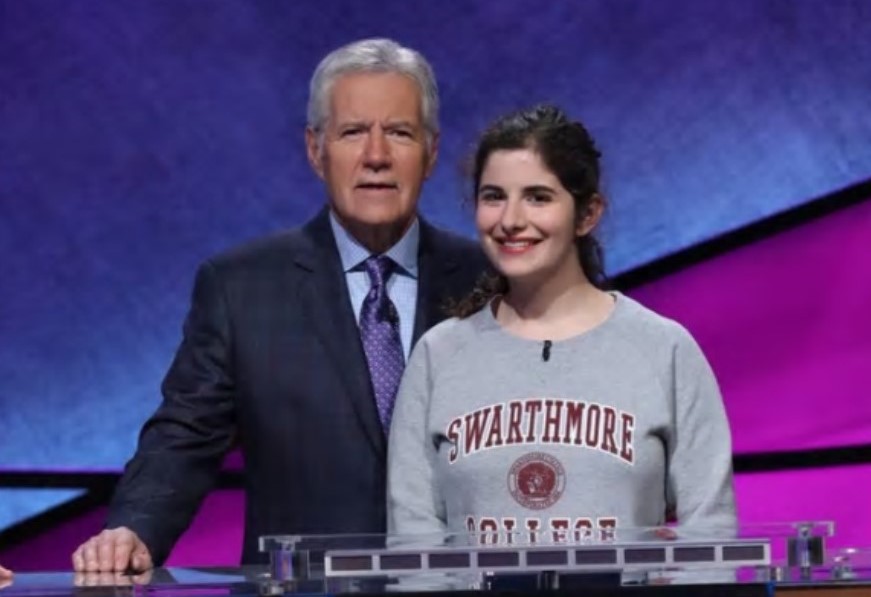 Swarthmore College sophomore Rebecca Rosenthal competed in the Jeopardy! College Championship that was filmed this spring in Culver City, Calif., and is now airing on ABC, writes Peg DeGrassa for the Delaware County News Network.

Rosenthal advanced to the semifinals, where she lost by $1.

During the two-week event, 15 of America’s smartest students vie for the $100,000 grand prize and a place in the next edition of the Tournament of Champions.

Rosenthal, from Ridgewood, N.J., turned 20 in March. The daughter of Rick Rosenthal, a retired computer programmer, and Dori Rosenthal, a registered nurse, she grew up watching Jeopardy!

“My family has been watching Jeopardy! forever,” Rosenthal said. “I always play along so I was really excited to have a chance to play it on air.”

Rosenthal auditioned for a spot on the show three times before becoming a contestant. First, she took an online test. Then, she was invited to an in-person audition three times, once for regular Jeopardy! and twice for the college tournament. She auditioned twice in New York City and once in Boston.