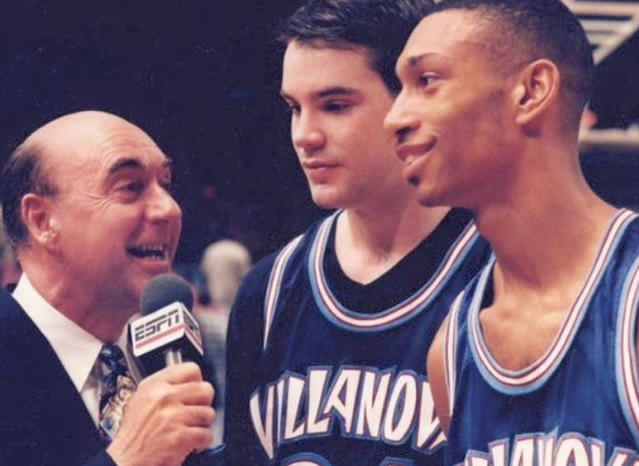 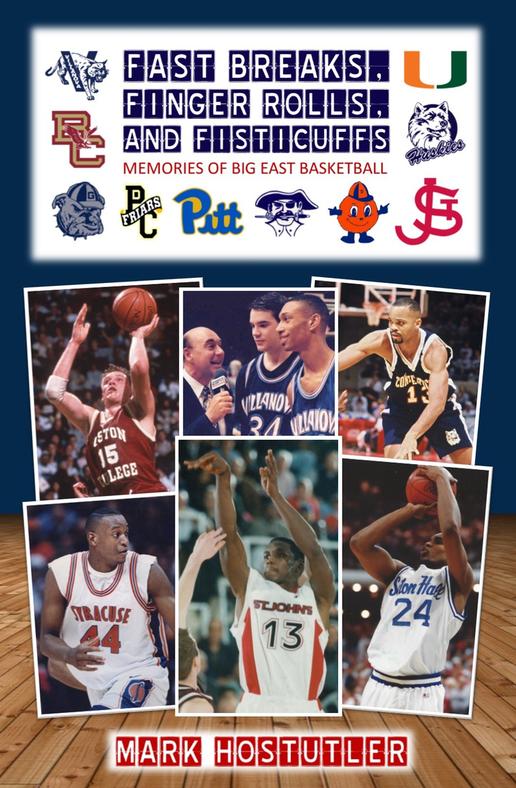 With March Madness now upon us, DELCO Today editor Mark Hostutler’s newest book, a retrospective on the original Big East conference, makes for a great read for college basketball fans this time of year.

The book – entitled Fast Breaks, Finger Rolls, and Fisticuffs: Memories of Big East Basketball – commemorates the landmark conference’s first decade and a half.

Hostutler, a former Daily Times writer, is an award-winning journalist whose prior work has appeared in SLAM Magazine, the Basketball Times, and dozens of newspapers throughout the country.

He’s also the author of the critically acclaimed Heads of State: Pennsylvania’s Greatest High School Basketball Players of the Modern Era, as well as The Eulogy of Pittsburgh’s Schenley Spartans.

Hostutler interviewed 50 of the Big East’s most famous alumni – including Villanova legends Kerry Kittles, Doug West, Dwayne McClain, and John Pinone – to compile what he calls the conference’s “oral history.”

“A lot of stories have been told about the Big East, but very few of them are from the perspective of the players,” said Hostutler. “They’ve been told through the lens of either coaches or administrators. The guys I interviewed were thankful for being given a platform for sharing their experiences in an unfiltered way.”

The Big East formed in 1979 when Providence athletic director Dave Gavitt convinced the coaches and administrators at Boston College, Connecticut, Georgetown, St. John’s, Seton Hall, and Syracuse that an alliance would be in their best interests.

Villanova joined one year later, and Pittsburgh did two years after that. Miami came aboard in 1991, perhaps foreshadowing the realignment that would later take place because of football.