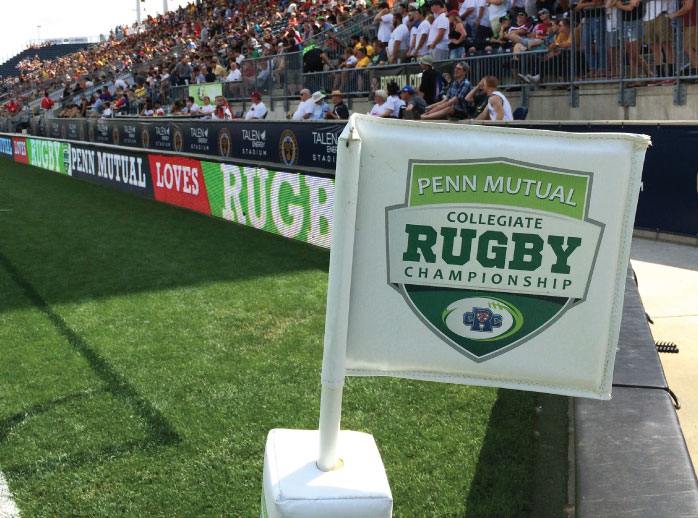 It was bound to happen, since Penn Mutual describes itself as “one unique culture” and the Neumann University Institute for Sport, Spirituality, and Character Development “offers a unique perspective on sports.”

The Institute will award its highest honor to Penn Mutual on Monday, April 9 at 7 PM. The evening — celebrating sport (especially rugby), values, and community outreach – is free, open to the public, and held on campus in the Mirenda Center for Sport, Spirituality, and Character Development.

Since 2011, the Institute Award recognizes individuals and organizations whose work and example embody the good that exists in sports and the core values of Neumann University: reverence, integrity, service, excellence, and stewardship.

“The people of Penn Mutual and the values-based culture of the organization serve as a premier model of corporate responsibility and shared leadership,” said Lee DelleMonache, director of the Institute.

In 2014, Penn Mutual became the title sponsor of the Annual Collegiate Rugby Championships. Its involvement expanded to include the National Small College Rugby Organization, the Rugby Business Network, and the creation of the Premiership Rugby American Series, which aims to empower, grow, and increase awareness of the rugby community.

“The community outreach extended by Penn Mutual is authentic and inspirational and stretches far beyond their commitment to rugby,” said DelleMonache.

Past recipients of the Institute Award include:

Since 2014, the Award has been given in honor of the late Joseph P. McFadden, Bishop of Harrisburg. The donor wished to preserve Bishop McFadden’s steadfast belief that sport possesses educative, formative, and transformative potential.