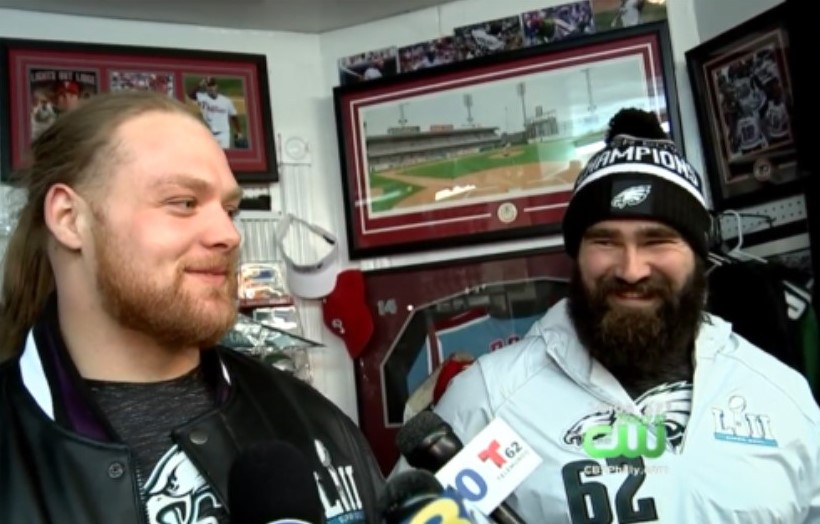 The venue’s owner said he sold out of tickets for the event following Kelce’s parade performance. Talking to fans and media in Havertown, Kelce said the entire speech was spontaneous.

“For some reason, the night before the parade, I couldn’t sleep,” he said. “It really started hitting me about how much I had to overcome from last season. Once you start thinking about that, you think about the other guys and how much they have had to overcome.”

Kelce’s teammate, Beau Allen, who was also at the Havertown signing, shared his impression of the speech.

“As soon as I saw you approach the mic, I took out my phone because I knew something good was coming,” he told Kelce.

The performance prompted some fans to tattoo his face on their bodies while Philadelphia police released a photoshopped picture of Kelce atop City Hall.