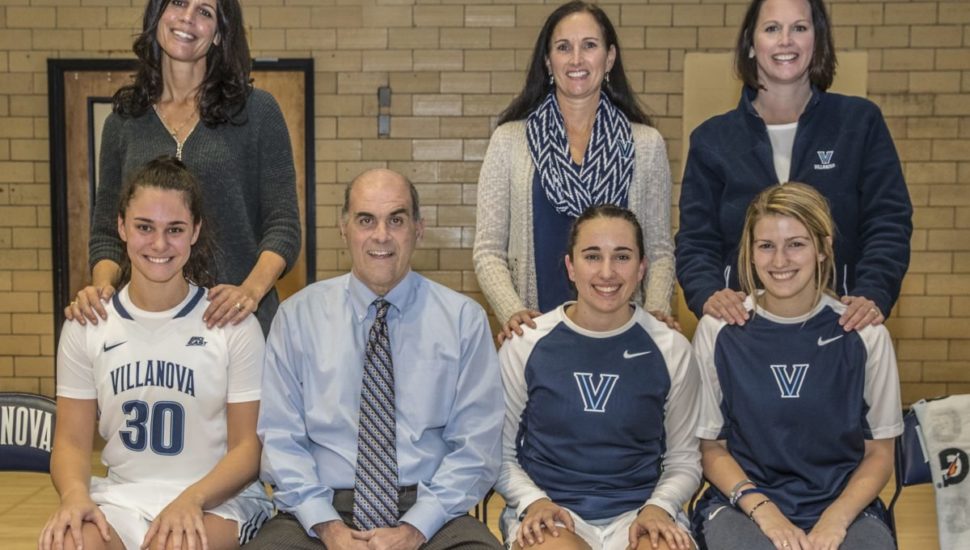 Four decades as head coach of the Villanova women’s basketball team has put Harry Perretta in the unique position of coaching the daughters of some of his former players, writes Dick Jerardi for the Philadelphia Daily News.

Three student-athletes whom Perretta is currently coaching are sophomore forward Mary Gedaka, the daughter of Lisa Angelotti, who played at Villanova from 1984-88; senior guard Nicolette Juliana, whose mother Denise Lamay made it on the team in 1983; and freshman guard Sam Carangi, whose mother Jen Snell played for the Wildcats from 1991-96.

According to Perretta – an Upper Darby native and Monsignor Bonner graduate – this unusual, multi-generational coaching was not planned.

“Dean Kenefick, Associate Athletic Director for Communications, just said to me, ‘Do you realize you have three players that their mothers played for you?’” said Perretta. “I said, ‘Yeah, I do.’ It’s kinda nuts.”

This novel situation is also a testament to the outstanding program Perretta has built during his long tenure as coach.

“We’ve created a family atmosphere, and kids kind of enjoyed themselves when they came here,’’ he said. “Villanova itself is attractive. The kids came for education.’’

Read more about Harry Perretta in the Philadelphia Daily News by clicking here.