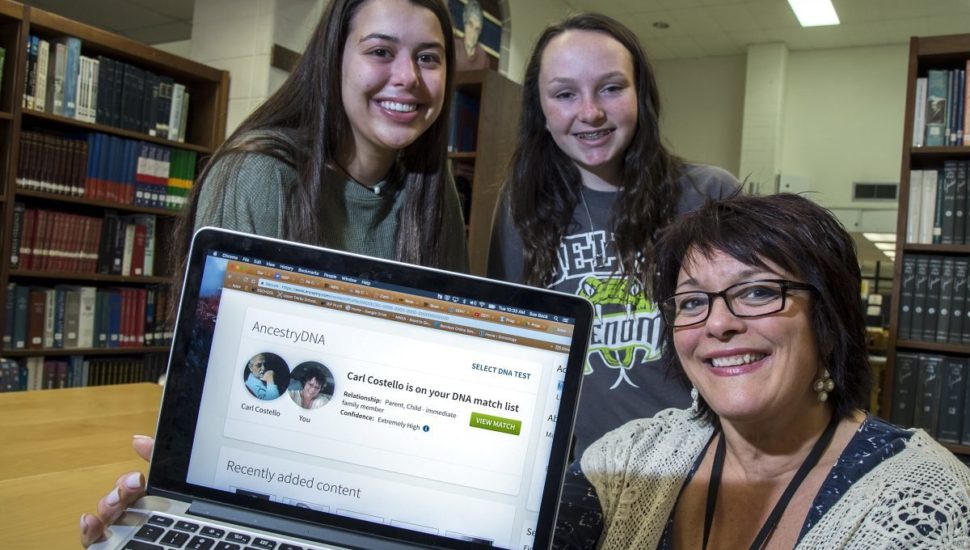 Sue Beck, an English teacher at Upper Darby High School who was adopted as a baby, has found her biological family using Ancestry.com, writes Kathy Boccella for the Philadelphia Inquirer.

Beck – a Springfield resident who was raised in Havertown by a loving, German-American couple – always felt different due to her “expressive and emotional” nature. So she sent her DNA to the genealogy research website.

The surprising reply was that Beck was 60 percent Italian, and there was “high confidence” JoAnne Castor of South Jersey was a relative.

Beck looked Castor up on Facebook, and found they had a lot in common.

With the help of her students, Beck then used Census data to search for her biological family. Before long, they found Joe Costello, who was Castor’s brother and – as it turned out – Beck’s biological father.

She then contacted him, saying how much they had in common and that they may be closely related. They finally met in person on Father’s Day, when the entire extended family gathered to welcome Beck.

Read more about Sue Beck in the Philadelphia Inquirer by clicking here.

In Delco, Families Bond Together to Overcome Baby Formula Shortage

Weekend Wanderer: How to Ruin Everything

Baby in Womb “Flips Off” Pottstown Mom-To-Be During Ultrasound