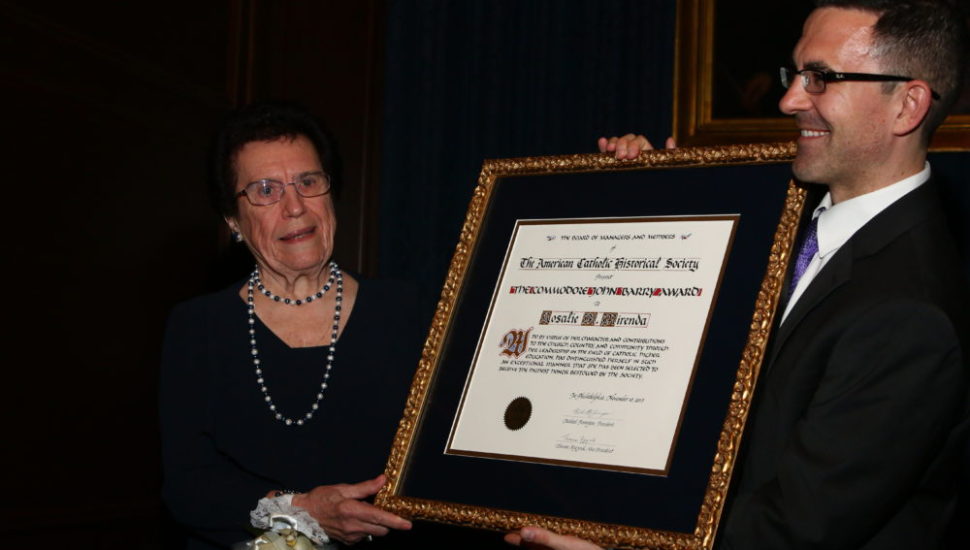 According to Michael Finnegan, president of the ACHS, she was selected for “her character and her contributions to the church, country, and community through her leadership in the field of Catholic higher education.”

Dr. Mirenda served as president of Neumann for 21 years and worked on campus as a faculty member, department chair, and vice president before assuming the presidency in 1996. She retired in July of this year, as Neumann’s longest-serving president, after a total of 44 years with the university.

During her presidency, Neumann grew from a commuter college of fewer than 900 students to a residential university of almost 3,000. New academic programs were added at the undergraduate, graduate, and doctoral levels. Athletic teams increased from 9 to 24, and state-of-the-art residence halls were built to accommodate 700 students.