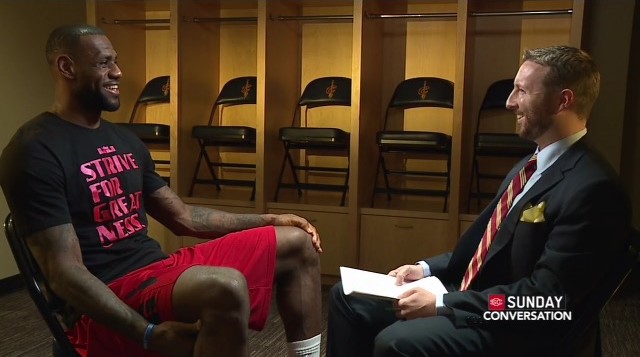 The journalist known for his NBA coverage on ESPN started writing locally when he was just 14. He began by covering high school sports for his friend’s mother, who was the sports editor at The Suburban & Wayne Times.

“I saw him play high school ball when he was a senior and I was in eighth grade,” said McMenamin. “I had followed his career and decision to jump straight from high school to the NBA very closely.”

This made the chance to actually start covering Bryant surreal, as well as intimidating.

“Here I was, this 25-year-old kid with no experience on a beat, just figuring out how to run a beat, let alone the (NBA’s most high-profile) beat,” he said.

Read the entire interview with Dave McMenamin from TrueHoop Network by clicking here.