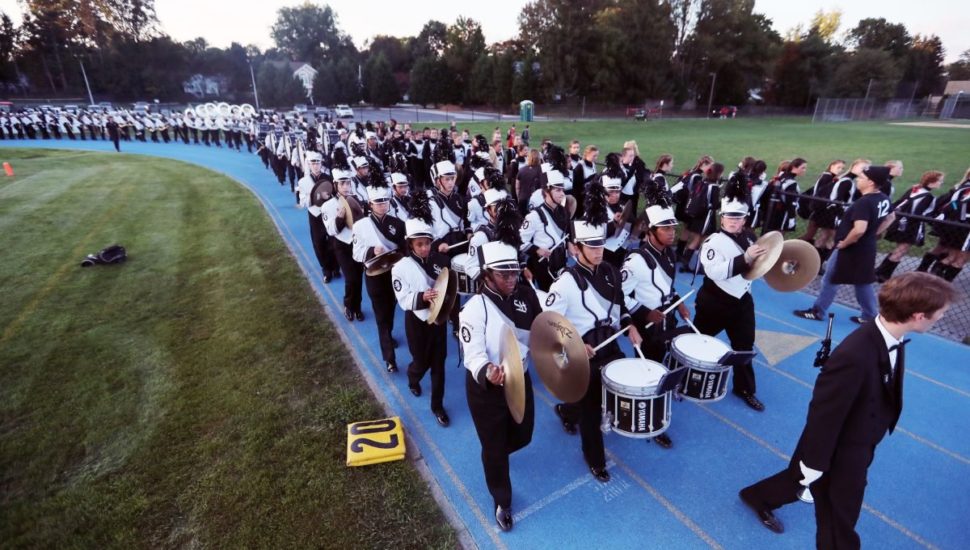 The Strath Haven High School Marching Band came out in full force last Friday night to pay tribute to its late director, Jack Hontz, who died of a heart attack in June at the age of 57, writes Dan Geringer for the Philadelphia Inquirer.

The band’s 420 members decided to honor their guardian angel who always made sure that every child that wanted to be in the band had a place. His dedication to music inspired a third of the students at the school to take part in the band, either as musicians or as honor guard, flag squad, dance team, or dance line members.

According to Patrick Murray, a former student of Hontz and the current music teacher at Strath Haven, no prior interest or talent in music was asked for or required by Hontz.

Hontz also went out of his way to make sure students with special needs were included in the band. If one could not afford an instrument, he would buy it for them himself.

Read more about the tribute to Jack Hontz in the Philadelphia Inquirer by clicking here.