Judge Sides with Nonprofit over Swarthmore Home for Cancer Patients 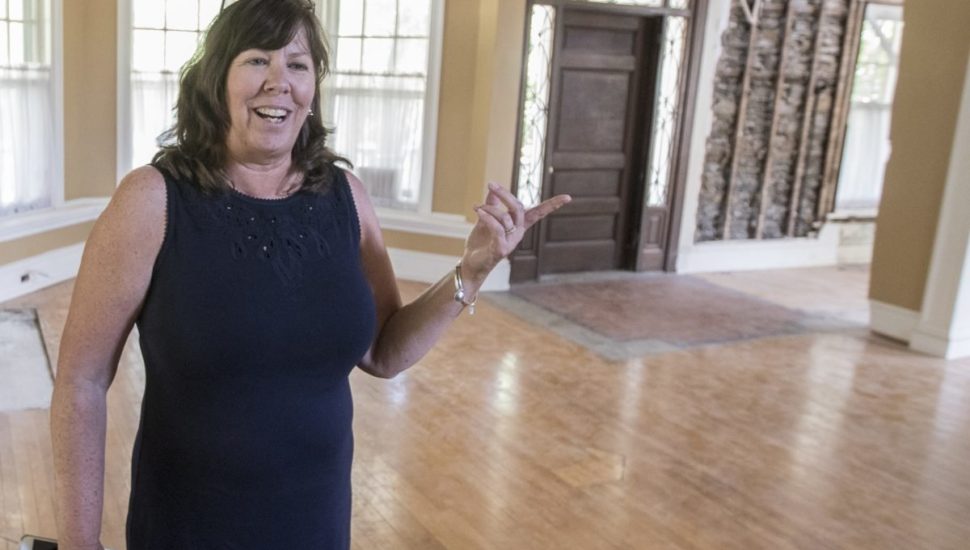 The nonprofit HEADstrong has won a case to open up Nick’s House for cancer patients on Chester Road next to Swarthmore College. Image of Cheryl Colleluori, the founder of HEADstrong, via Michael Bryant, Philadelphia Inquirer.

Holmes-based nonprofit HEADstrong has won its case to open up Nick’s House for cancer patients in Swarthmore, writes Erin McCarthy for the Philadelphia Inquirer.

Last year, the nonprofit acquired a seven-bedroom property on 200 South Chester Road near Swarthmore College. HEADstrong wants to house up to seven cancer patients there at no cost to their families. However, the plan was met with opposition from neighboring homeowners concerned about traffic and zoning.

Judge Spiros E. Angelos recently rejected the appeal to the plan that had already been approved by the Borough Council in December, according to Ballard Spahr law firm, which represents HEADstrong.

“HEADstrong will be able to pursue its mission of helping people who are sick, hurting, and away from home,” said attorney Matthew N. McClure. “The evidence showed the HEADstrong home will not have a material adverse effect on the community.”

James J. Byrne Jr., who represented the eight couples and two individuals who challenged the borough’s approval, said his clients were very disappointed by the decision.

“It is our belief, me as well as the neighbors, that there has never been any discrimination in this case. This case is a zoning case,” he said.

Read more about Nick’s House in the Philadelphia Inquirer by clicking here.