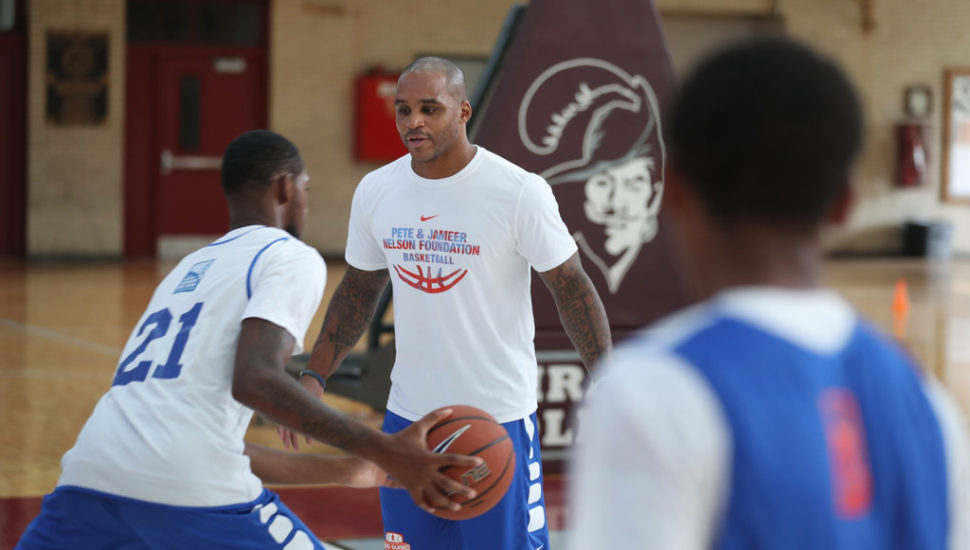 The 35-year-old NBA veteran who starred collegiately at Saint Joseph’s University is now the oldest player in the league under six feet, and his health is better than ever, according to his boxing trainer Henry Racich.

“He’s in better shape than the first five years I trained him,’’ said Racich.

Nelson recently showed off his stamina to the younger generation of basketball players during the three-day Jameer Nelson Lead Guard Invitational Camp at Girard College. The camp was designed to provide the participants with a peek into Nelson’s working life.

To achieve this, the dozen players in the camp started off with boxing workouts, which were followed by skills work.

Read more about Jameer Nelson in the Philadelphia Inquirer by clicking here.