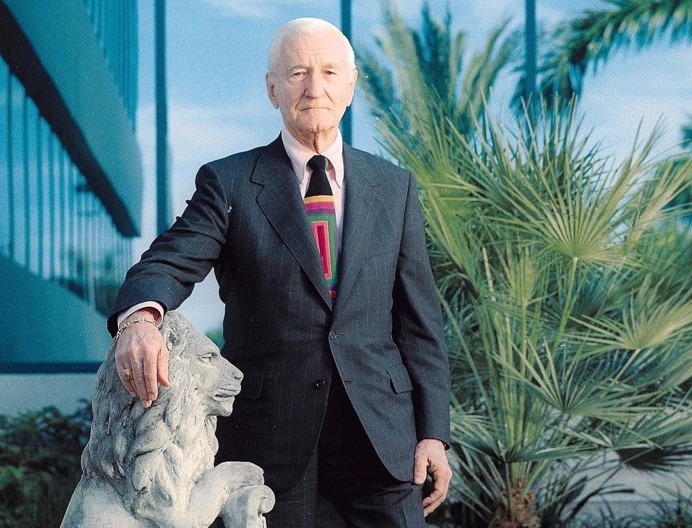 He had seen a lot of trouble throughout his lifetime, but the legacy of private security left by the late George Wackenhut, a 1937 graduate of Upper Darby High School, has produced record revenues last year, though not without complaints.

Wackenhut’s GEO Group is at the center of managing Thornton’s 1,883-capacity George W. Hill Correctional Facility, as well as wrongful death lawsuits from families of private prison inmates who died on its watch, according to a Philadelphia Inquirer report by David Gambacorta.

The life Wackenhut, who graduated from West Chester University, knew growing up suddenly changed in 1941 when he witnessed the attack on Pearl Harbor with the Army Corps of Engineers. He later joined the FBI, then founded his own private security firm, the Wackenhut Corp., in 1954. The private prison affiliate Wackenhut Corrections was born in 1984, then renamed the GEO Group in 2003. Wackenhut died in 2004.

Thanks to his legacy and a surge of immigrant deportations under President Obama that has now been continued by President Trump, private prison revenues for GEO Group hit a record high last year of $2.1 billion, much of it from federal government contracts.

Read more about the GEO Group and its struggles with health and safety issues in the Philadelphia Inquirer here.