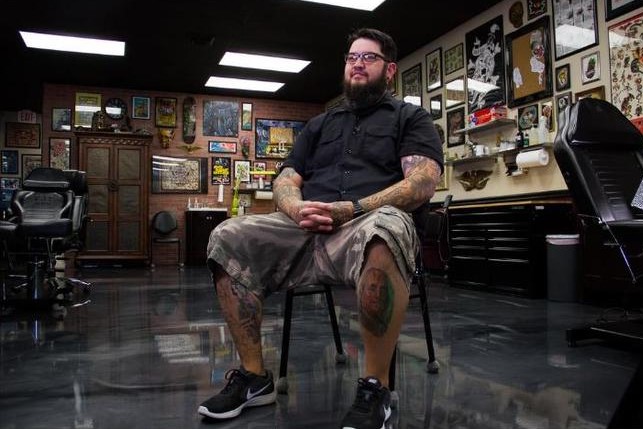 Cunliffe’s resume at Bonedaddys Tattoo in Aston impressed the Major League Soccer players and staff the most, according to a Philadelphia Business Journal report by John George.

“After consultation with our players and site visits with each of the final five, Bonedaddys Tattoo stood out,” said Union Vice President of Marketing Doug Vosik. “We’re proud to hire (Cunliffe) as our CTO and look forward to a fruitful partnership.”

Cunliffe was ultimately selected from among a class of 150 interested tattoo artists, and as a result, his Bonedaddys Tattoo will become the “go-to place for Union players and staff in need of tattoo services.”

The Union will celebrate its new partnership on Aug. 21 when Vosik, defender Richie Marquez, and Sons of Ben fan club founding member Corey Furlan all get commemorative tattoos.

Read more about the hiring of pro sports’ first chief tattoo officer in the Philadelphia Business Journal here, and check out previous DELCO Today coverage of the Union here.