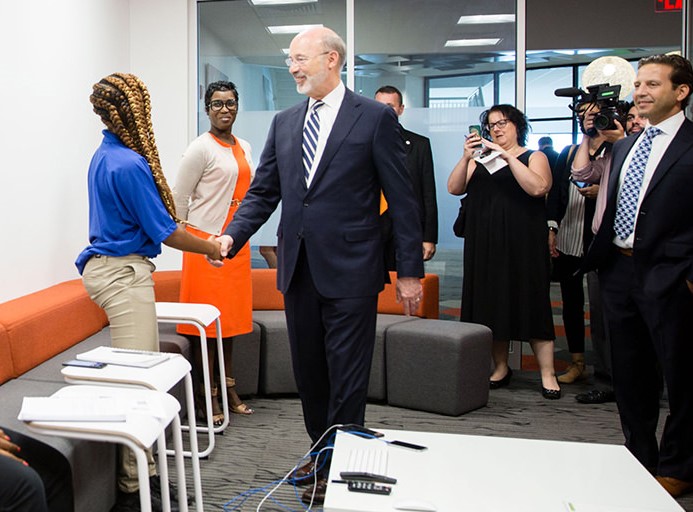 As part of his “Jobs That Pay” Tour, Gov. Tom Wolf recently paid a visit to Power Home Remodeling’s new headquarters in the Wharf at Rivertown in Chester, writes Kathleen Carey for the Daily Times.

The exterior home remodeling company was started 25 years ago by cousins Adam and Jeff Kaliner in Wilmington. However, its rapid growth led it to relocate to the former PECO building in Chester six years ago to house its then-900 employees.

Now, the company has expanded even further, and has taken the third and fourth floors with the fifth floor currently under consideration. Asher Raphael, one of Power’s CEOs, emphasized just how much the company has grown by saying “this space now serves as the epicenter for our 13 territories.”

He also noted that this is an exciting time for Power, as the new 100,000-square-foot office positions the company for future growth, with plans for 10-15 more offices over the next five years.