‘Delco Proper’ Pilot About to Learn Its Fate 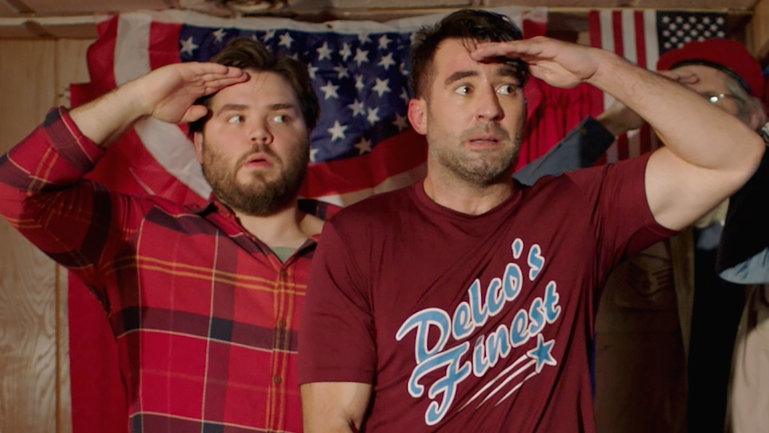 Post-production of its 22-minute pilot episode is finishing up, and now the fate of “Delco Proper” rests in the hands of Comedy Central executives. Image via Comedy Central.

Whether the locally set Delco Proper pilot show for Comedy Central delivers a primetime punchline or just becomes the punchline will soon rest in the hands of network executives.

Now in post-production, the 22-minute pilot episode of Delco Proper could spend the next six months in limbo while the television folks decide its fate, according to a NewsWorks report by Peter Crimmins.

A creation of John McKeever, Tim Butterly, and Tommy Pope, Delco Proper got its Comedy Central break after producing a web series of four five-minute episodes.

And the wit behind the operation certainly took advantage of the opportunity.

“It made the web series look like garbage,” Butterly said of the pilot episode. “I think that’s a measure of how much better the pilot is, closer to the true vision.”

Read more about the production of Delco Proper on NewsWorks here, and check out previous DELCO Today coverage here.