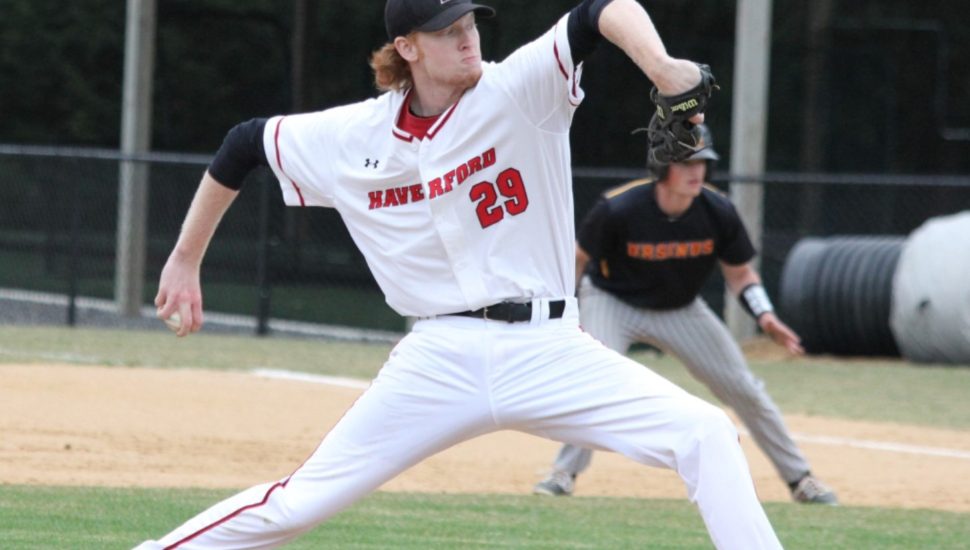 Stephen Ridings, a former Division III baseball standout at Haverford College, has had a challenging start to his professional career with the Chicago Cubs organization, writes Matt Leon for CBS Philly.

The right-handed pitcher discovered soon after being drafted in the eighth round last year that he required Tommy John surgery. Ridings went under the knife last August, and has been on the road to full recovery since.

Lately, he has devoted his time to getting his strength back by playing with the Cubs’ entry in the Arizona Rookie League.

“It’s important for me to realize that it’s a rehab progression and that getting back into it after surgery can be a little difficult,” said Ridings. “I think my self-evaluating skills have gotten a little better in that I’m not as critical. I realize that things aren’t always going to be pitch perfect, and I just go out there and try and compete.”

Ridings made nine appearances this season in the Arizona Rookie League, five of them starts, with an ERA of 5.87. He has managed to strike out 18 batters in 15.1 innings.