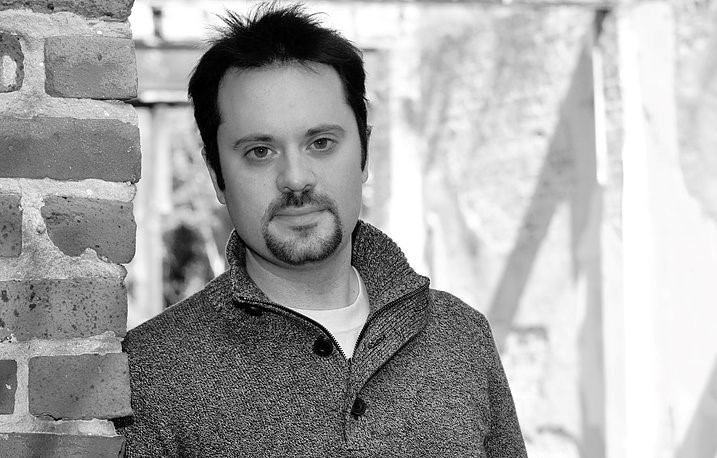 Christopher Dayett sent his master’s thesis off to New York City just to see, and now the Villanova alum is seeing his own show on the off-Broadway stage.

He dared himself to do it, and he did.

Now this week, after long months of waiting patiently and rushing impatiently, Villanova University alumnus Christopher Dayett watched his playwriting thesis come to life on the off-Broadway stage of the Acorn Theatre in New York City.

“It still hasn’t sunk in yet that this is actually happening,” Dayett said in a Philadelphia Inquirer report by John Timpane. “I visited the theater recently, and it hit me: My work will be produced off-Broadway, 13 months after its first, tiny reading at Villanova.”

Modernized from the pages of the Oscar Wilde novel The Picture of Dorian Gray, the new Dorian Gray the Musical received its three-night showing at the Acorn Theatre as a result of being selected as one of 10 winners of the New York Musical Festival’s Next Link Project.

“I did it as a dare to myself,” Dayett said, “and also because I knew the script would actually be read by someone. That meant a lot to me. So I thought, ‘OK, let’s do it. We’ll see.’”

Since then, he’s done more than just see. Dayett has raised funds for the show, assembled its cast and crew, rewrote and added to its music, and even designed and built the set.

“That was where our Villanova training came in,” he said. “We all have experience in set design and lighting, and we decided to build our own set. We said, ‘Let’s prove to New York that we can do it all.’”

Read more about the making of Dayett’s Dorian Gray the Musical in the Philadelphia Inquirer here.