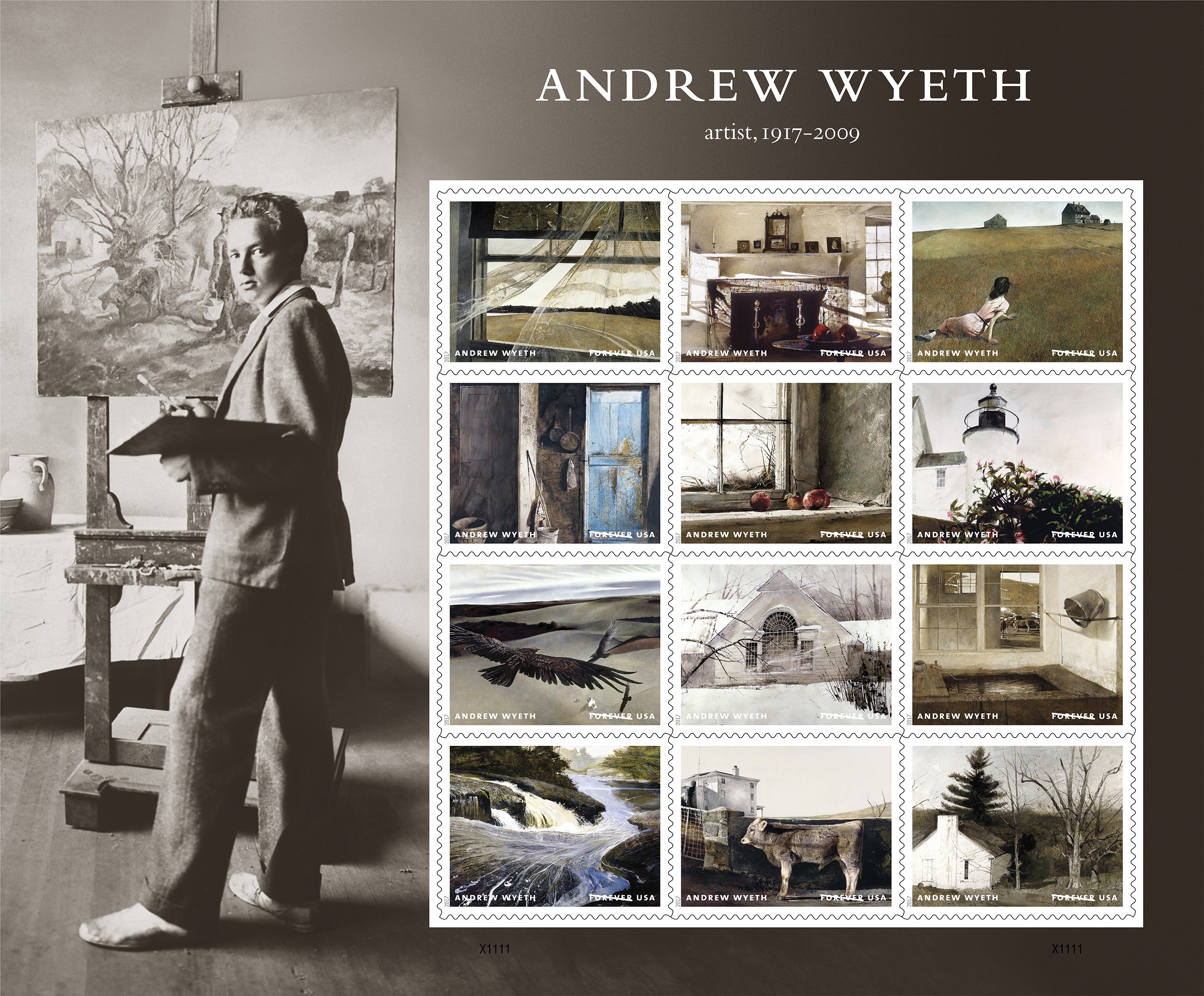 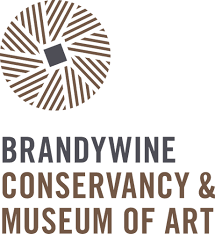 The Brandywine River Museum of Art in Chadds Ford celebrated the centennial of artist Andrew Wyeth’s birth on Wednesday with a dedication ceremony for the Andrew Wyeth forever stamps.

The pane of 12 U.S. Postal Service stamps honors one of the most iconic and prominent American artists of the 20th century. His enigmatic, haunting, emotional, and sometimes controversial realist paintings were inspired by the people, objects, and landscapes of his hometown in Chadds Ford and his summer home in Maine.

Wyeth, the son of famed illustrator N.C. Wyeth and father of acclaimed contemporary artist Jamie Wyeth, was known to insert elements in his compositions that can be interpreted as metaphors of love, loneliness, and death, and to use places and objects to represent people in his life.

In 1963, he became the first visual artist to receive the Presidential Medal of Freedom, and in 1990, he was awarded the Congressional Gold Medal. Both represent the highest civilian honors in the U.S.

“Today is the perfect occasion to celebrate the man whose masterful works have found a place in our homes — and in our hearts,” he said. Referring to the “forever” classification of the stamps, Mendonca noted that, “like Andrew Wyeth and his astonishing paintings, they’re timeless.”

Each first-day-of-issue stamp for nationwide sale features a detail from a different Andrew Wyeth painting:

The selvage, or area outside of the stamp images, shows a photograph of Wyeth from the 1930s. Art director Derry Noyes of Washington, D.C, designed the pane.

Christina’s World, Wyeth’s breakthrough painting, remains one of the most recognized works of American art and is owned by The Museum of Modern Art in New York. The painting depicts Christina Olson of Cushing, Maine. She was crippled by a degenerative muscular condition that cost her the use of her legs.

An open window and billowing curtain at the Olson house form the subject of another stamp, Wind from the Sea, which Wyeth intended to be a portrait of Christina Olson. The frayed condition of the curtains, for example, alludes to Christina’s physical decline, while the crocheted birds in the lace pattern on the curtain were “as delicate as the real Christina,” according to Wyeth.

Spring Fed and Young Bull are both examples of the hundreds of paintings Wyeth completed in and around the home of the Kuerner family, German immigrants whom Wyeth befriended in Chadds Ford. The family gave the artist free reign of their property, which became the inspiration for many of his best-known paintings.

“Wow, what a birthday present for my father,” Jamie Wyeth told the standing-room-only crowd. “My father was a great letter writer, and he would be thrilled to attach one of these stamps to his letters.”

Jamie addressed how the stamps are now miniature versions of the range of passions and memories his father placed in each composition.

“I’ve always felt his paintings are little worlds in themselves,” he said. “I can’t wait to use them.”