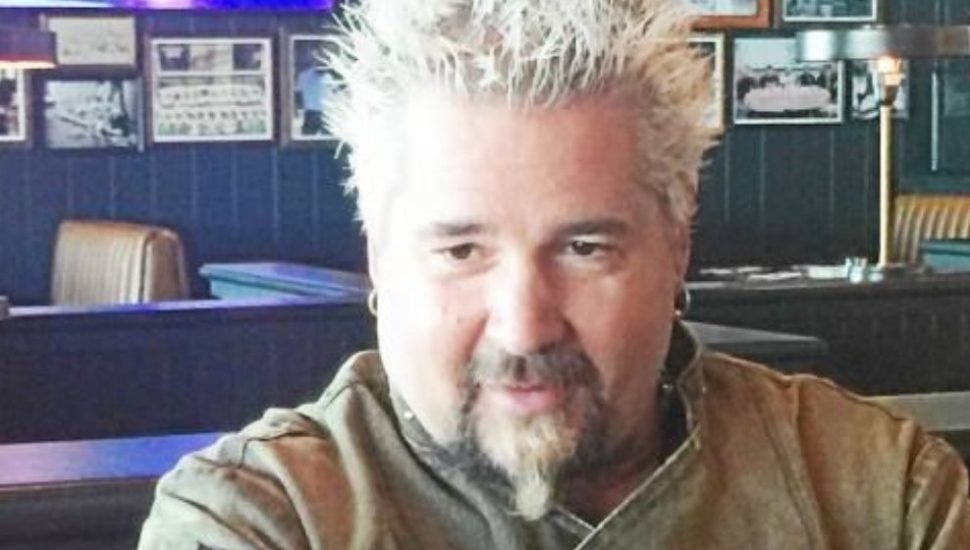 In his debut appearance at the still-new Guy’s Philly Kitchen & Bar inside Harrah’s Casino in Chester, Food Network star Guy Fieri served up a heaping helping of personal attention, life stories, and encouragement.

“The people here will carry my brand, cook my recipes, and serve my food,” he said in a Delaware County News Network feature by Peg DeGrassa. “I want to meet them and see who they are and have them see that I am real, that I believe in this place. The restaurant here is a lot more than just cooking and serving food.”

It all started with the perfect setting, pursued hard by Harrah’s, which “rolled out the red carpet for us to be in here. They really wanted to make this happen.”

“This place is awesome,” Fieri said. “With the river and the racetrack in the background, a casino floor just a few feet away — the setting for this is just beautiful! I love all the Philly touches.”

While Guy’s Philly Kitchen & Bar opened in late 2016, the always-on-the-go host of Diners, Drive-ins, and Dives is already onto something else; he’s also debuting a brand-new Guy’s Sammich Joint at Harrah’s Resort in Atlantic City.

“He has intense energy, a charismatic, down-to-earth personality that you’re instantly charmed by, plus he knows his food and cooking, and he’s both funny and fun!” DeGrassa wrote.

But in his own words, Fieri said, “I am just a chef who likes to cook and enjoys food. I’m really just a blue-collar guy at heart.”