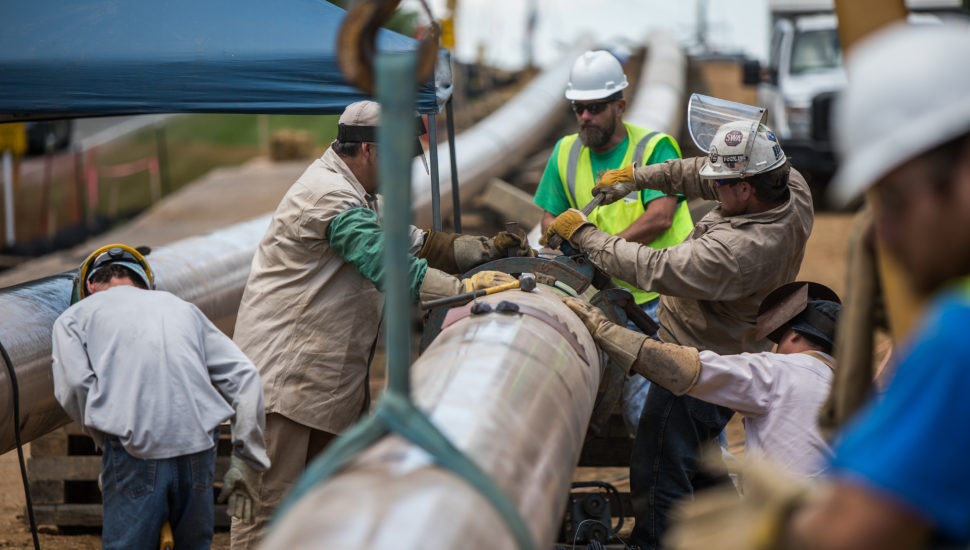 With Sunoco Pipeline’s Mariner East 2 pulsing through its communities, Delaware County is already at an epicenter of the American natural gas boom, and it’s just getting started.

The American Petroleum Institute just released a 268-page report that details how the industry is poised to grow jobs nationwide by 50 percent over the coming 25 years, according to a Daily Times report by Kathleen Carey.

Of the country’s four million natural gas jobs today, 178,100 of them are in Pennsylvania — making up 3.1 percent of all jobs. And natural gas drills $24.5 billion into the state’s economy.

Sunoco Pipeline’s Mariner East projects are expected to support 15,000 jobs a year over two years of construction, and up to 440 permanent jobs when finished. A number of men and women can now be seen at work throughout Delaware and Chester counties, and more than 1,200 people are hard at work at the Marcus Hook Industrial Complex.

“Natural gas production and development are a part of our life here in Pennsylvania,” said API Pennsylvania Executive Director Stephanie Catarino Wissman. “We are now the nation’s second-largest producer of natural gas.”

And to get to future job growth, Delaware County is likely to see even more investment in this rich natural resource.

Read more highlights from the “Benefits and Opportunities of Natural Gas Use, Transportation, and Production” report in the Daily Times here.