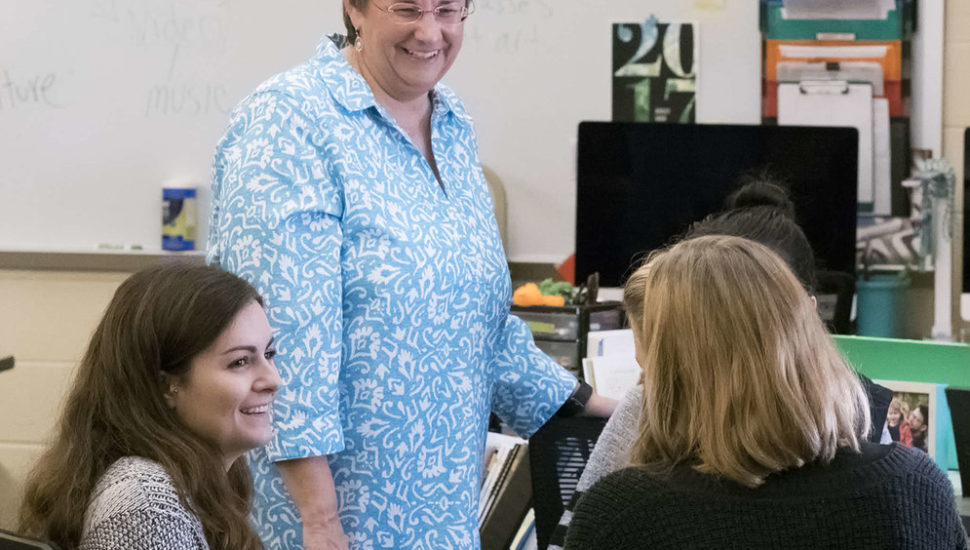 Women are turning a page on the quest for equality in the superintendent’s office. Today, more than a third of school district leaders are female. Image of Ridley superintendent Lee Ann Weitzel, center, via Ed Hille, Philadelphia Inquirer.

More women are finding their way to the head of the class — or rather, the school district.

Locally, the rising percentage of female superintendents today outpaces not only the national average of 22.4 percent but also Pennsylvania’s 28.8 percent, according to a Philadelphia Inquirer report by Kathy Boccella.

Superintendents in suburban Philadelphia are 34.4 percent women, including the highest-paid school district leader in the state, Amy Sichel of Abington.

That’s not to say women today no longer face pay inequities or challenges to getting hired as a superintendent, however. It just means things have improved since Downingtown’s incoming leader, Emilie Lonardi, started working 19 years ago as one of only two female superintendents she knew.

“I do think leadership has changed over several decades, where it’s not just being an organizational manager,” said Jenkintown Superintendent Jill Takacs. “(A superintendent) needs to be an instructional leader who can move the district forward on the curriculum side.”

Read more about what has changed and what hasn’t for women in school administration in the Philadelphia Inquirer here.