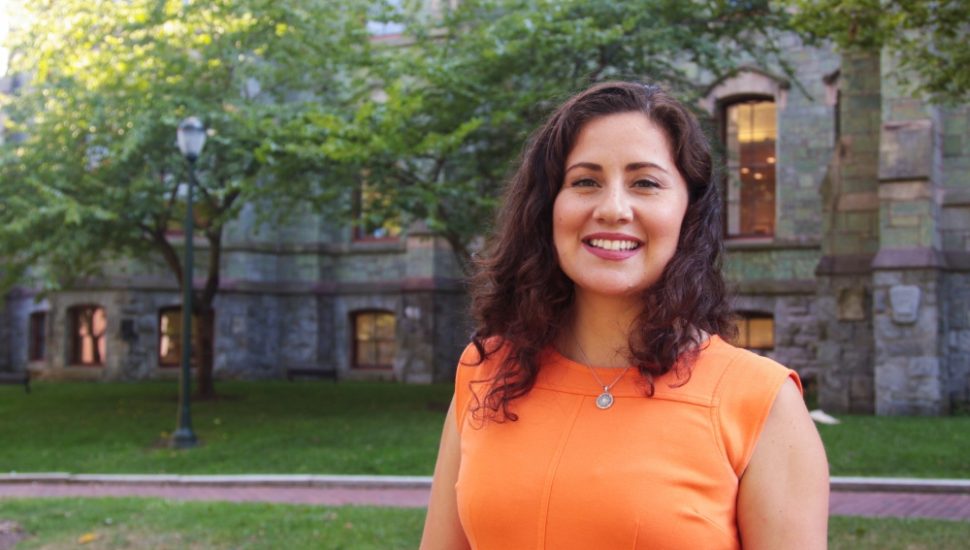 The American Association of Teachers of Spanish and Portuguese has named Upper Darby native Maria Paredes Fernandez as the 2016 Teacher of the Year at college level, writes Madeleine Lamon for The Daily Pennsylvanian.

Fernandez, a lecturer in the University of Pennsylvania’s Department of Romance Languages for the past six years, also serves as a course coordinator and pre-major advisor on campus.

The daughter of immigrant parents, Fernandez noted that she did not really embrace her heritage before her time as an undergraduate at Penn State University. She discovered her love of teaching during her senior year while completing her degree in Hispanic studies. Her professor there suggested she work as a language instructor for incoming students.

According to her students, Fernandez is a positive force both in and out of the classroom.

“She encouraged learning,” said her former student and Wharton junior Kayvon Asemani. “She encouraged you to speak if you wanted to say something, and never set up a space where you could feel uncomfortable.”

Read more about Maria Paredes Fernandez in The Daily Pennsylvanian by clicking here.