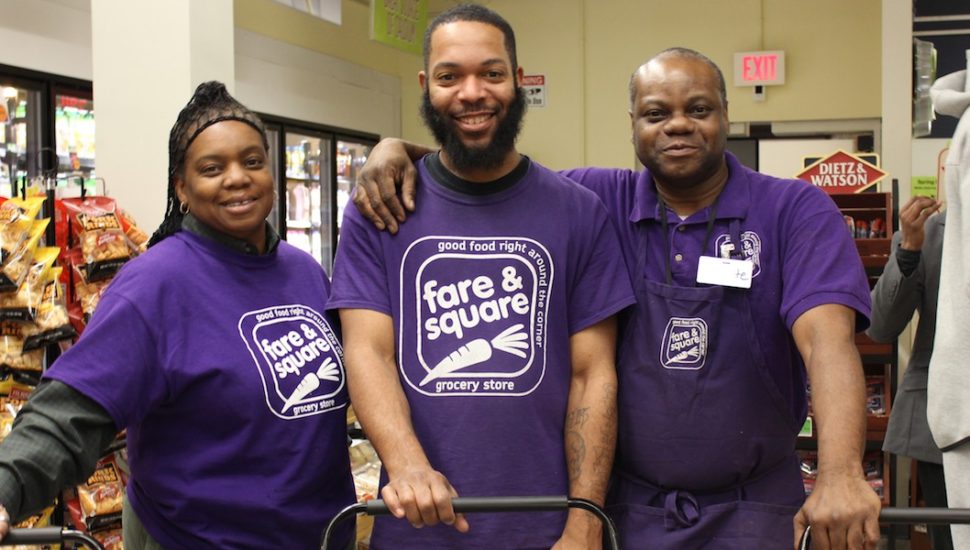 Driven by its hunger-fighting mission and a unique nonprofit business model, Fare & Square is turning Chester’s food desert into an oasis. Image via Fare & Square.

It’s getting closer to sustainability by sustaining the nutrition needs of its impoverished surroundings.

The experiment that put nonprofit supermarket Fare & Square in the middle of a food desert is now beginning to look a bit like an oasis, according to a report in The Philadelphia Citizen by Quinn O’Callaghan.

Vice President of Retail Operations Mike Basher “could go on forever about how his store has become integral to the Chester community, and how proud he is to be part of something that’s brought such massive change to a town that desperately needed it — including more than 40 jobs — and how the nonprofit grocery model is completely changing the way a lot of people interact with their grocers.”

Fare & Square, started by the hunger-fighting charity Philabundance in 2014, has found success in Chester by partnering with others — it gets produce grown at the nearby Bennett Homes public housing, for example — as well as listening intently to the needs of the diverse neighborhood and doling out popular loyalty rewards.

Read more about Fare & Square and its nonprofit business model in The Philadelphia Citizen here, and check out previous DELCO Today coverage of the supermarket here.