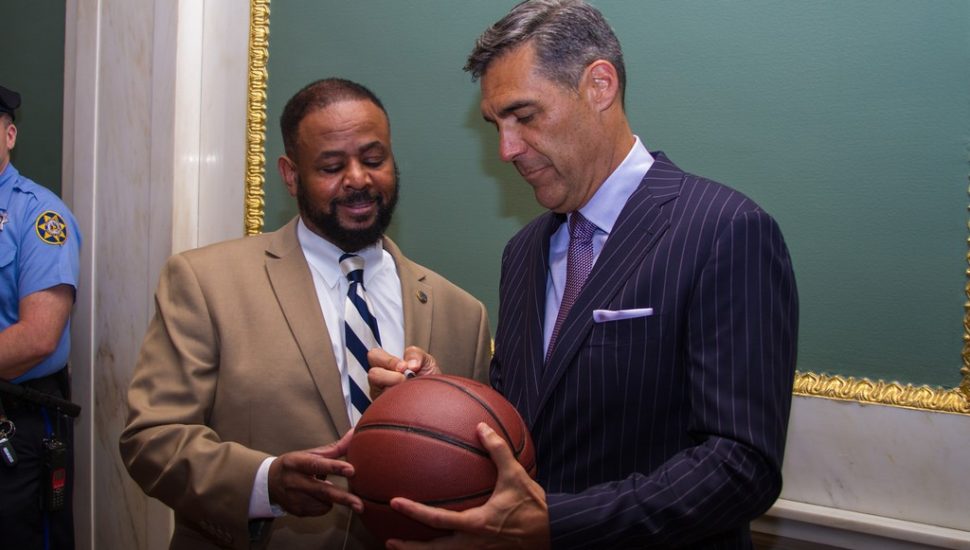 A new book by Villanova basketball coach Jay Wright will give Wildcats fans the chance to relive the team’s national championship run and get a behind-the-scenes glimpse of the successful season, writes Dan Gelston for The Washington Post.

In Attitude: Develop a Winning Mindset on and off the Court, Wright perfectly weaves the story by sprinkling anecdotes from his start in coaching to the final moment in Houston when the Wildcats won it all.

The book outlines the steps Villanova had to take in order to reach the pinnacle of college basketball. It also offers inspirational leadership tidbits that illustrate how it requires more than just top-flight talent to build a successful program.

In writing the book, one of the main concerns for Wright was avoiding revealing too much from behind the scenes and giving away the team’s secrets to success.

“We talk to the players a lot about how we’re family,” said Wright. “We want to try and keep our business within family. I always talk to the guys about that. Then after that, I go out and write a book.”

Tags: Attitude: Develop a Winning Mindset on and off the Court, Jay Wright, The Washington Post, Villanova