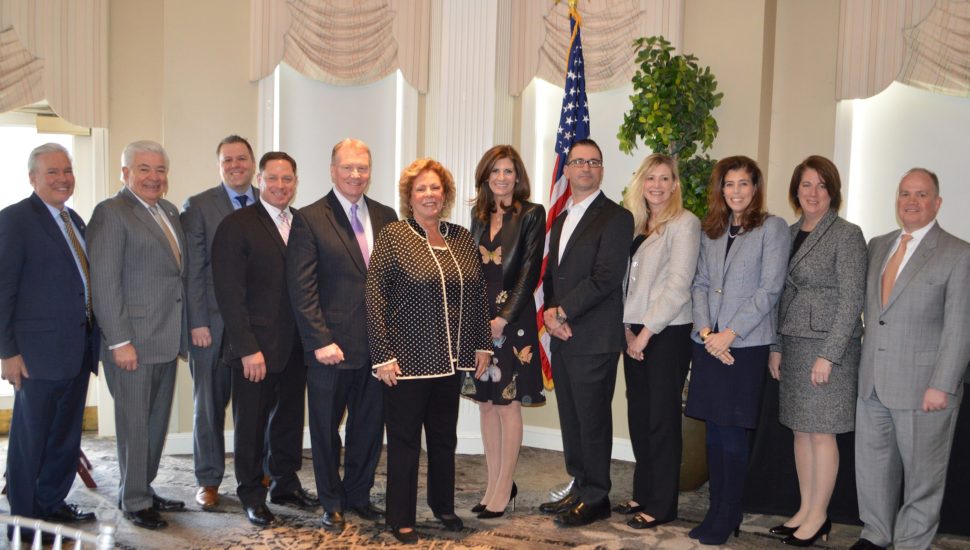 Every March, County Council partners with the Delaware County Women’s Commission to recognize Women’s History Month and individuals who have profoundly influenced women in Delaware County.

This year’s theme focused on women who have successfully challenged the role of women in both business and the paid labor force, with the theme “Honoring Trailblazing Women in Labor and Business.”

Council recently joined the Women’s Commission to present the annual Woman of Achievement Award to three women and induct a former member of the Springfield Township Board of Commissioners into the Hall of Fame.

Kitty Jurciukonis, a former commissioner who was posthumously inducted, was recognized as someone who worked tirelessly for the good of the residents and was a role model in her public service roles.

“Throughout history, women have fought tirelessly to broaden democracy, to ensure we are all treated equally, and to encourage women to reach for new heights,” said Vice Chair Colleen Morrone. “These honorees are role models for women in Delaware County, and have shaped our community through their leadership.”

Fizzano Cannon has parlayed a successful legal career with a focus on municipal and commercial law into a career in public service. Prior to being elected to the Court of Common Pleas, she owned her own law practice and was respected for her ethics and work product. She also served on Delaware County Council where she successfully advocated for energy efficiency, open space preservation, and government transparency. She is a lifelong Delco resident with deep roots and history in the county.

Fleetman started her own special handling trucking company, Mustang Expediting, Inc. in Aston Township, building her lifelong vision into a multimillion-dollar company. Today, she continues to promote women in the industry, using her dynamic personality to help those in need. An alumna of Holy Child Academy in Sharon Hill, she currently resides in Middletown Township.

Morgan of Newtown Square has served as president of SAP North America since May 2014. Under her stewardship, SAP has become an industry leader in the area of diversity and inclusion, and was recently the first technology company in the U.S. to receive an EDGE certification – a recognition awarded by the World Economic Forum recognizing the company’s commitment to gender equality in the workplace. Morgan also serves as a sponsor for SAP’s internationally lauded Autism at Work program.

Since 1985, the Delaware County Women’s Commission has served as advocates for women, acknowledging their contributions to the history of the county, and empowering women in their roles within the family, in the workplace, and in government, raising awareness on issues such as women’s health, financial independence, and prevention of violence against women. Council proclaimed March as Women’s History Month at the March 1 meeting and recognized the Women’s Commission with a resolution.