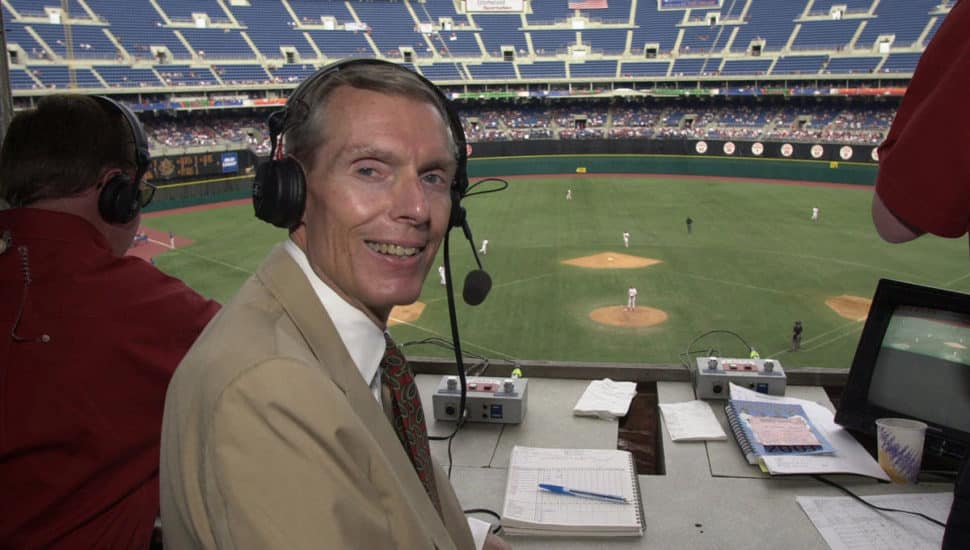 The younger generation more accustomed to sports commentators who thrive on controversy would probably be surprised by the style of Andy Musser, a legend who focused on facts and anecdotes when covering games or hosting guests in his studio, writes Frank Fitzpatrick for the Philadelphia Inquirer.

Musser, who died in 2012, was one of the original sports commentators, according to Gerry Wilkinson, CEO of the Broadcast Pioneers of Philadelphia.

“It’s safe to say that Andy’s show was one of the very first,” Wilkinson said.

Starting his career at WCAU-AM in 1965, Musser spent the next 35 years as a commentator for several teams, including the 76ers and Villanova’s basketball team.

A frequent guest on Musser’s show was Delaware County native Jimmy Dykes, whose big-league career as a player and manager lasted more than four decades. Dykes, a Haverford High School graduate, was full of stories, and never shied away from sharing them on air.

“Jimmy had so many stories,” said Chris Wheeler, a former Phillies announcer and Newtown Square native who was an intern on Musser’s show. “I used to ride with Andy and him from the radio station to Connie Mack Stadium. He’d have this big cigar in his mouth, and he’d be telling all these Babe Ruth stories.”

Read more about Musser and Jimmy Dykes in the Philadelphia Inquirer by clicking here.